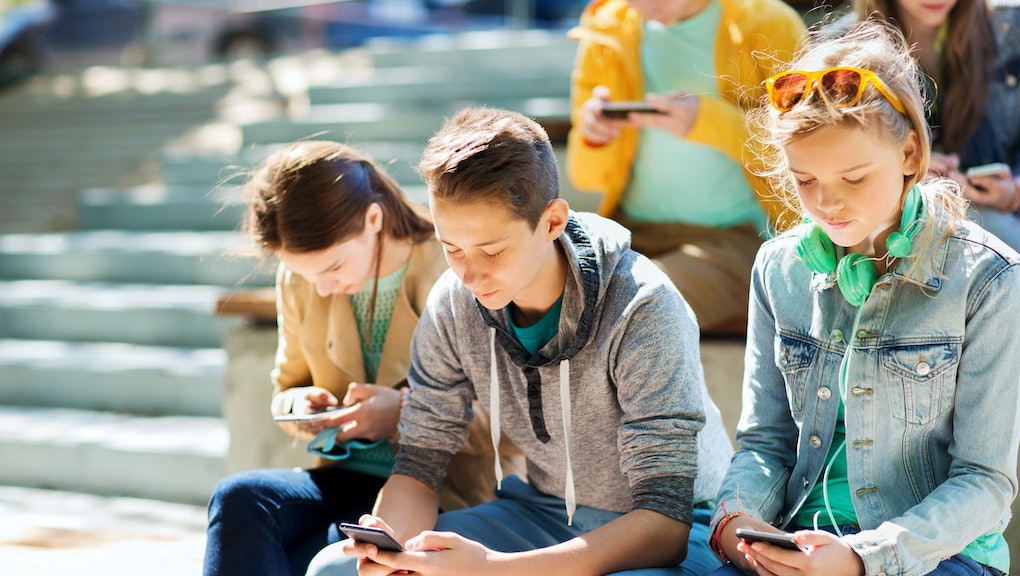 Young people are growing horns and cell phones might be to blame, according to new study

Need another reason to watch your posture? How about this: Australian researchers have found evidence that young adults are developing horn-like growths at the base of their skulls due to excessive mobile device use. Thanks, evolution.

During a study conducted in 2018, and gaining visibility this year, the researchers examined 1,200 x-rays of adults aged 18-86 and learned that 41% of the younger adults, between the ages 18 and 30, had developed spurs on their skulls — right where muscles and ligaments of the neck tend to connect to the head. The sizes of the growths varied from 0.4 inches to a whopping 1.1 inches, and could even be felt as a small bump on the back of the head.

This is a phenomenon that previous research groups considered rare. If spurs did appear in subjects, it was usually in other places on the body and mostly involved seniors with weakening bones. It's something human bodies do to compensate for potential weak points. In this case, the skull could be growing additional bone to strengthen the area where the head and neck connect because the human head is too heavy (about 10 pounds) for the spine when it's constantly tilting forward.

Now, these researchers think this skull growth is gaining prevalence in young adults due to the creepy, hunched postures people take while looking down to use their mobile devices. Although the researchers didn't claim an absolute, solid link between the growths and handheld device use — the number of participants in the study was too small to make such sweeping statements — they believe their findings are concerning enough to encourage more education about proper posture in young adults.

But what made them suspect mobile devices? The researchers acknowledged that genetics and other health factors can influence lumps like these, but they relied on a combination of observations that contributed to their theory.

According to Science Alert, other studies have shown that many young people are spending an average of 4-5 hours on their smartphone per day. This is almost double the amount of time people spent reading books. It's also likely the reason why neck-related pain and problems are 67 percent more common nowadays.

In more positive news, the BBC has noted that these bone growths, while startling to look at, are relatively harmless. However, that doesn't mean it's nothing for humans to worry about. The blend of problems and 'adjustments' our bodies make to adapt to our modern lifestyles could still eventually compound to create serious health problems if we don't keep our posture in mind.

Here's a few posture tips to start: Avoid the dreaded "text neck" by keeping your head straight and elbows tucked in while texting. Sit properly at the computer desk by adjusting your chair and monitor height. And, finally, put away the screen to take regular breaks and stretch your stiff muscles.