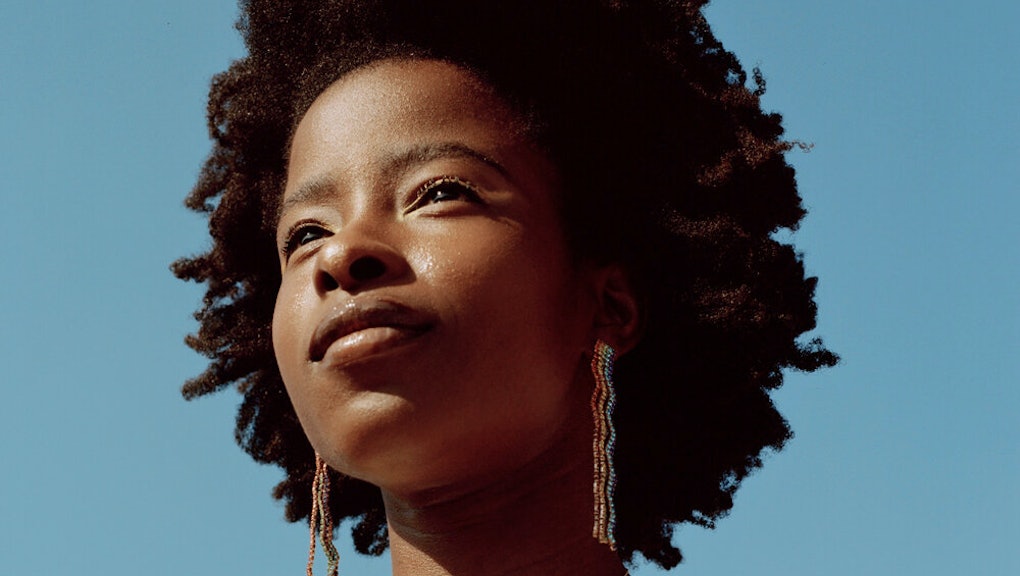 She’ll be only the sixth poet to perform at the swearing-in of a new president, and at just 22, Amanda Gorman will also be the youngest ever chosen to greet incoming leaders with lines of verse. Other inaugural poets have included Maya Angelou and Robert Frost, though none of Gorman’s predecessors faced a national moment quite like our current turbulent times, amid a devastating global pandemic and following a deadly siege at the Capitol. “Now more than ever, the United States needs an inaugural poem,” she told The New York Times. "Poetry is typically the touchstone that we go back to when we have to remind ourselves of the history that we stand on, and the future that we stand for."

Gorman was about halfway through writing the poem she’ll perform on Wednesday, “The Hill We Climb,” in early January, eking out a few lines a day but struggling with the monumental subject of national unity. Then, a pro-Trump mob attacked the Capitol on January 6, many bearing weapons and Confederate flags, in an attempt to harm lawmakers and take over the government. Gorman told the Times she stayed up late into that night finishing her poem, unflinchingly describing the violent attempt to overthrow democracy, and shared a few lines:

We’ve seen a force that would shatter our nation rather than share it, / Would destroy our country if it meant delaying democracy. / And this effort very nearly succeeded. / But while democracy can be periodically delayed, / It can never be permanently defeated.

“We have to confront these realities if we’re going to move forward, so that’s also an important touchstone of the poem. There is space for grief and horror and hope and unity, and I also hope that there is a breath for joy in the poem, because I do think we have a lot to celebrate at this inauguration,” Gorman told the Times.

The hardest part of composing a poem that’ll be heard by millions of Americans with all sorts of beliefs and backgrounds? “You're speaking to everyone, but you don't also want to speak for everyone,” she told PBS NewsHour.

Charmingly, incoming first lady Jill Biden recommended Gorman. She’d seen the young poet give a reading at the Library of Congress and suggested she perform at the swearing-in. The inaugural committee didn’t give Gorman any explicit instructions about what to write, but the overall theme of the day, “America United,” vibed with what she wanted to say. “That made it very easy for me to say, great, that’s also what I wanted to write about in my poem, [...] about a new chapter in our country,” Gorman told the Times.

Gorman grew up in Los Angeles, raised by her mother, who’s a teacher. She overcame a childhood speech impediment to perform as a poet. “One of the most rewarding moments of my career is when I'm speaking to a child who tells me they have the same speech impediment that I had to overcome and that they're going to keep writing or sharing their voice after hearing my story,” she told PBS NewsHour. Notably, the soon-to-be president has been transparent about his own speech disorder.

Gorman became LA's youth poet laureate at 16 and America’s first youth poet laureate when she was 19 and studying at Harvard. So don’t be surprised if you hear a lot more about her in the future, and not necessarily for poetry. Gorman has aspirations to be president herself, one day — specifically in 2036, when she’s old enough. It started when a teacher clocked her passion for social justice and (perhaps jokingly) suggested she run someday. “And I was like, that's not a joke. Let's do it. So, definitely doing it, hashtag #commandainchief,” Gorman told PBS NewsHour. “I feel like I should just, like, tap Joe at the inauguration, and be like, I will be back. Let me know how this goes for when I come on.”

More like this
20 years later, Stacey Abrams's first romance novels are finally being rereleased
By Kara Weisenstein
Caitlyn Jenner's campaign is off to a great start!
By Rafi Schwartz
The CDC's eviction freeze has been unfrozen by a federal judge
By Rafi Schwartz
Stay up to date