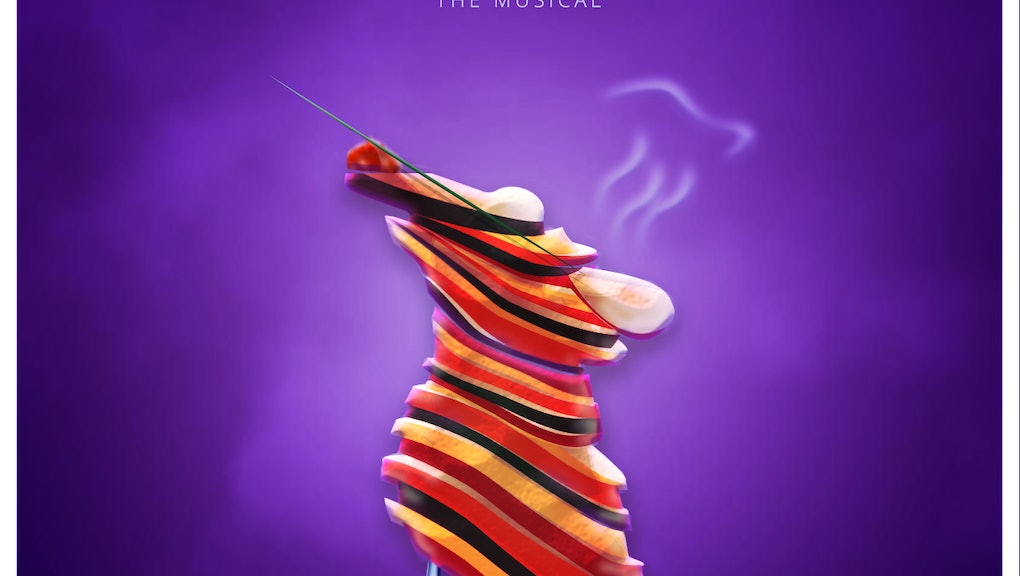 Your favorite celebrities are in the 'Ratatouille' TikTok musical

It’s certainly the first Broadway musical to originate on TikTok. When Ratatouille: The Musical debuts (on streaming, of course) this New Year’s Day, it’ll be brought to life by a bevy of musical theater celebrities and produced by an acclaimed production company. Tituss Burgess will take on the lead role of Remy, the Ratatouille, with folks like Adam Lambert, Wayne Brady, Ashley Park, and André De Shields rounding out the cast.

An example of the ingenuity that can arise when creative people connect over social media and put their pandemic-induced boredom to good use, the Ratatouille musical sprang to life back in August, when 26-year-old TikTok user Em Jaccs posted an a cappella tribute to the rodent chef of the beloved Pixar film. Then, another TikTokker named Daniel Mertzlufft, 27, spiffed up Jaccs’s simple tune, reimagining it as the eleventh-hour showstopper of a Broadway musical. The idea spiraled into virality from there, with the TikTok account @ratatouillemusical attracting more than 200,000 followers and becoming an online repository of new songs and production ideas.

Before long, a real-world Ratatouille musical started to feel inevitable. In late November, Broadway producer Ken Davenport posted his own TikTok video expressing interest in getting Ratatouille to the Great White Way. His video drew over a million views in 24 hours. A couple of weeks later, Seaview, the Broadway production company behind the Tony Award-winning Slave Play, announced they were bringing Ratatouille to life as a one-time streaming event on New Year’s Day, with pay-what-you-can tickets starting at $5 on TodayTix. All proceeds will benefit the Actors Fund, which has been supporting out-of-work artists and crew since the coronavirus pandemic shuttered Broadway in March.

If a fandom demands content, it’s usually wise to give it to them. Remember when Rob Thomas raised nearly $6 million on Kickstarter to make a Veronica Mars movie in 2014? It smashed crowdfunding records at the time.

Crowdsourced storytelling has been a part of the internet since writers first started sharing fan-fiction online. In recent years, fiction-writing platforms like Wattpad, which has a readership of more than 65 million, have emerged as forums to brainstorm, develop, and shape stories with real-time feedback. You might be surprised to learn that Wattpad has spawned hit mainstream entertainment, like the 2018 Netflix rom-com The Kissing Booth, which became one of the year’s most-watched pieces of content.

Still, the journey of the Ratatouille musical from the phones of superfans to the upper echelons of Broadway is a unique trajectory. It’s another example of technology’s potential to unite us — especially at a moment in time when tons of folks have been isolated for many months. There's even a Playbill for the production that was imagined by a fan.

In addition to the “Remy, the Ratatouille” number that ignited this whole musical movement, the January 1 performance will feature other original songs developed on TikTok, performed by world-class actors, and backed by a 20-piece orchestra. Sounds like a delightfully wholesome way to kick off the new year.

More like this
Honestly just give Rihanna all the money
By Kara Weisenstein
Will ‘Impeachment: American Crime Story’ finally do the Monica Lewinsky story justice?
By Chloe Stillwell
Even 'Arthur' can't escape the cynical rules of modern entertainment
By Brandon Yu
Stay up to date