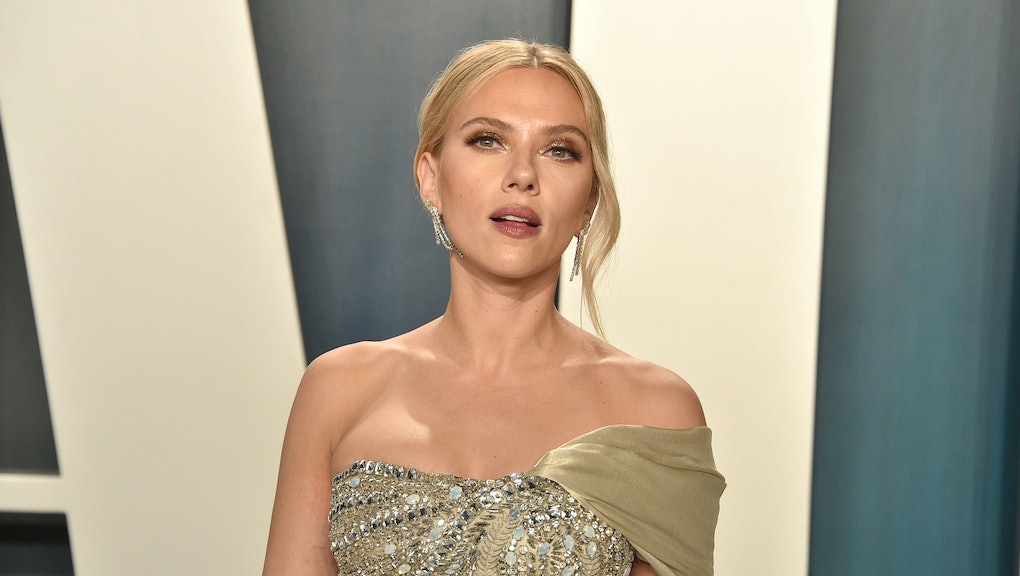 Your Marvel A-listers aren't friends with anyone but the bag

As the saying goes: don’t fuck up the bag. Nearly a month after news broke that Scarlett Johansson was suing Disney over the streaming release of Black Widow and for allegedly costing her millions, her Marvel co-star Elizabeth Olsen voiced her support in a recent interview with Vanity Fair.

“I think she’s so tough and literally when I read that I was like, ‘Good for you, Scarlett,’” said Olsen, who plays Wanda Maximoff in the MCU films and the latest DisneyPlus series WandaVision. In her relatively terse show of solidarity, Olsen becomes the only star in all of the vast Marvel Cinematic Universe to have made even a peep in support of Johansson. Dozens of these actors, whose fans like to think of as pals in the industry and in life as much as in their superhero tights, don’t seem to want to jeopardize their lucrative relationships with the biggest entertainment conglomerate in America.

The silence in Johansson’s situation (it should be noted that being on Johansson’s side in a feud feels altogether wrong, but alas here we are) stands in contrast, for instance, to an incident last fall when every imaginable Marvel star seemed to rush to Chris Pratt’s aid when people online were bullying (read: calling him the Worst Chris in a debate about handsome mega-millionaires because of his questionable political affiliations) the poor dude. But this lawsuit — Johansson, whose payday was apparently tied to ticket sales, alleges that Disney broke her contract in releasing Black Widow on streaming at the same time as its premiere in theaters — is much thornier, and speaking out may incur the wrath of Disney.

This reality that dictates Johansson's situation is fine and all. It’s reasonable considering how high the stakes are here. But it does mean that we ought to disavow ourselves of the idea that these actors, having to manage the many levers of their gargantuan net worths, are truly friends, let alone principled.

This feels especially true when you hone in on the specifics. After Johansson filed her lawsuit, Disney fired back with a public statement claiming that she was showing "callous disregard for the horrific and prolonged global effects of the COVID-19 pandemic," a glaring accusation from Disney when you consider its own track record of mass layoffs and rushed theme park openings throughout the pandemic. For no actors to have made even the slightest defense after an attack that Johansson's lawyers have called "misogynistic" (a fair point: would they have made such a bold attack at a male star?) is surprising.

Another theory, though, may explain at least some of the apparent lack of support, particularly from the biggest A-listers in Marvel's roster: Johansson's lawsuit is a fight for pro-actor paydays amid the pandemic (where theatrical releases have been muddled in all kinds of ways and forced studios to pay out to stars like Gal Gadot to make-up for lost ticket sales), so some may be quietly plotting their own legal challenges.

The total blanket silence, the fact that even a couple more actors have not at least made a vague gesture of support for Scarlett even in the relatively safe way that Olsen has, is nevertheless telling. Money talks, and Disney money shouts. That applies to A-listers who supposedly have each others' backs up until the corporate overlord tells them to fall in line (or when you need to plan your own fight). Perhaps, then, we ought to look at this — the movies, the actors, all the fan service — for what it is: just a veneer for a big ol’ billion-dollar factory.