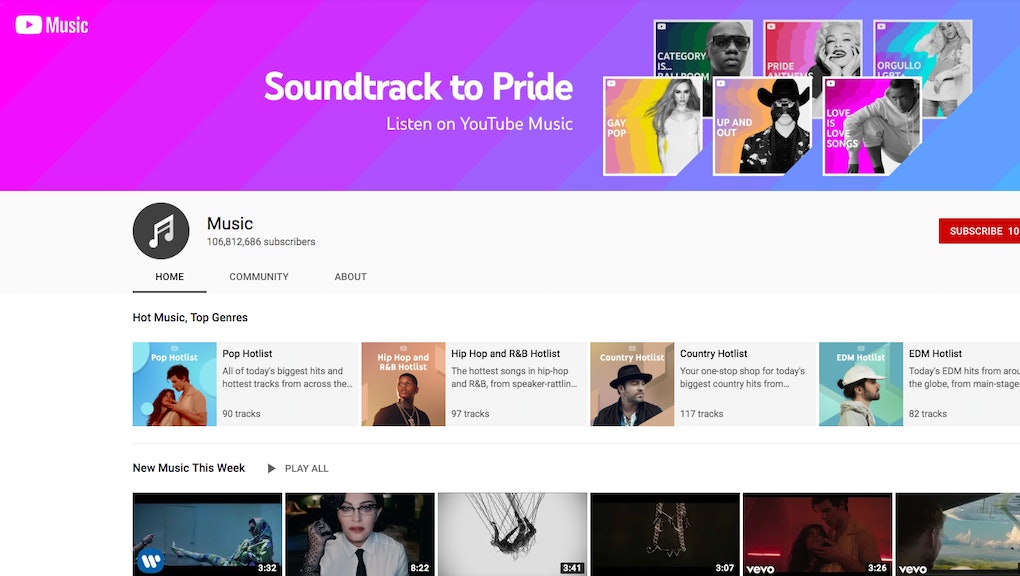 If you're a music fan who relies on streaming services to listen to your favorite songs instead of purchasing them individually, you likely already know about all the features Spotify and Apple Music have on offer. But you may not have known about a new feature coming to YouTube Music that's meant to make downloading your favorite tunes for offline listening a breeze. Using this new feature, you'll be able to conserve data and collect your go-to playlists in one place for listening later while you're "off the grid."

If you activate Smart Downloads on Android devices (it's yet to be confirmed if iOS devices will be compatible), YouTube Music will select up to 500 songs and make them available offline. The downloads will take place only while you're connected to Wi-Fi and will be scheduled overnight to help conserve time and battery life as well. You can set how many songs you'd like to be downloaded to your device.

Smart Downloads is an expanded version of an older feature called Offline Mixtape, which basically performed the same function, but also included songs that happened to fit similar genre preferences in your "liked" songs. You can still try out Offline Mixtape if you're keen on letting YouTube create a playlist for you.

Spotify has a similar feature, though it won't simply download your favorite songs automatically. Instead, you've got to mark which songs you'd like saved and then toggle a button to the "on" position while on the track's individual page to save it for offline listening. It works much the same with Apple Music, but you'll have to be an active participant in the process the whole time. YouTube Music's automation makes saving songs for offline play much less of a headache so you have more time to focus on doing things you actually want to.

In 2018, YouTube launched a new version of the app and split off into its own subscription service and Spotify and Apple Music competitor. It offers ad-free streaming for premium users, background streaming, and downloads for offline playback. Those who are subscribed to the former YouTube Red service as YouTube Premium customers now can access the same music stores as before, only now their YouTube Music subscription is included in the mix.

Given that Spotify and Apple Music do offer offline play that you can set yourself and manually download songs, YouTube Music's new feature will allow the app to better compete with these heavy hitters of the industry. Currently, neither of the services offer the same kind of automation (nor the Offline Mixtape feature), so anyone looking to put their musical preferences on autopilot may find that they prefer what YouTube has to offer instead of the larger music streaming platforms out there.

When it comes to music, there's enough of it out there – you've got make sure you've got the right tools for you to curate it all.

More like this
Spotify has a new kind of Wrapped playlist that LGBTQ+ people will love
By Kyle Turner
Uber offered its drivers help with health care, but of course it was a mistake
By AJ Dellinger
Jeff Bezos is going to space, which is the most divorced guy thing imaginable
By AJ Dellinger
Stay up to date