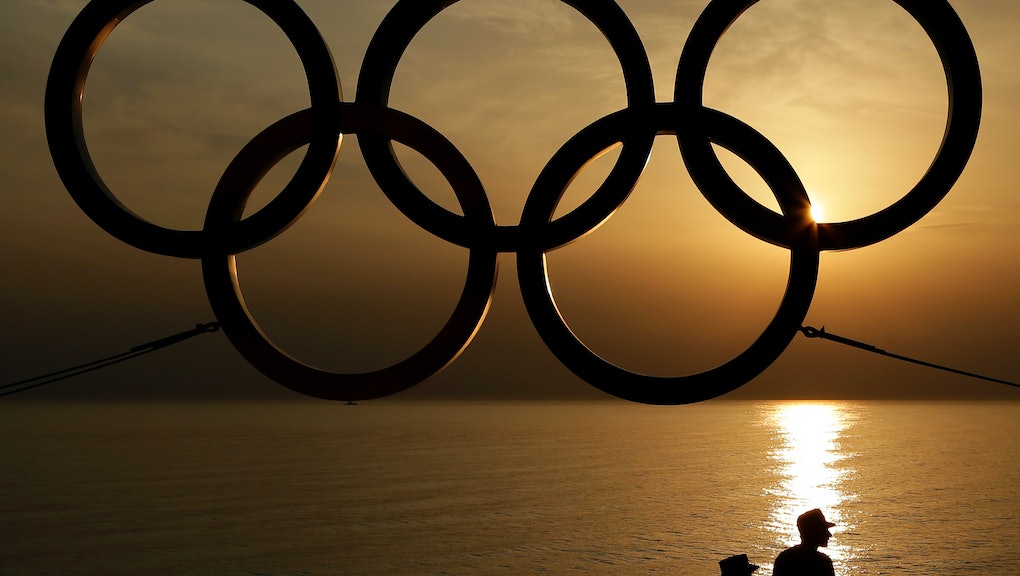 Nobody Wants to Host the 2022 Winter Olympics

Uh, maybe we should just cancel them?

The International Olympic Committee announced Thursday it will not reopen the bidding process for the 2022 Winter Olympics after news that Oslo had withdrawn its bid. That leaves just two candidates, Beijing and Almaty in Kazakhstan, as the cities left in contention.

With basically nobody wanting to host the games because it costs a fortune, it left some wondering if the IOC would reopen the bidding process. That's not happening, IOC President Thomas Bach told the Associated Press.

"We have issued the invitation for bidding. There is a clear and transparent procedure," he said. "We will follow this procedure with two candidates."

Oslo is the fourth city to pull out of the bidding process after "lack of public support for the expense," the New York Times reported. Stockholm; Krakow, Poland; and Lviv, Ukraine, all recently abandoned their plans over similar financial concerns.

Still, there are at least two cities that want to host the 2022 Winter Games. But, as the Associated Press notes, "neither are established winter sports countries, and both are targets of human rights critics."

"We cannot and we do not want to change the regulations in the middle of the race, given the fact that we still have two very interesting candidatures with a very diverse approach," Bach said.

The IOC will decide on a host city July 31 in Indonesia.

Why it matters: Concern over Sochi's jaw-dropping price tag of $51 billion to construct and host the games in February forced cities to rethink if hosting the Olympics was worth it. And, Business Insider notes, countries are finally starting to realize that:

Researchers have known for years that hosting large sporting events like the Olympics always costs more than expected and always yields less revenue and useful long-term infrastructure than estimated.  Now voters and politicians in countries with democratically elected governments are starting to realize the same thing.

IOC officials tried diffusing that burden by offering financial aid to the tune of $880 million and the promise that it wouldn't cost as much as Russia's, but that wasn't enough to attract the most desirable city of the three: Oslo.

"We've received clear advice and there is no reason not to follow this advice," Norwegian Prime Minister Erna Solberg told Reuters. "A big project like this, which is so expensive, requires broad popular support and there isn't enough support for it."

Hosting the Olympics has always come with vague promises of an economic boost for host countries: A 2009 paper from the National Bureau for Economic Research found that while massive events like the Olympics have a positive impact on national exports, even countries with unsuccessful bids had a similar boost.

Hosting the Olympics is also a "high-risk game" for politicians, the Economist noted in 2013: "Rio's hosting of the 2016 games had strong local support during the bidding process, but has since become a focus of those protesting against government waste (they also rage against the World Cup, which Brazil hosted this past summer).

"Politicians can be left looking ridiculous, or worse: Mexico's 1968 Olympics are remembered as much for the massacre of student protesters ten days before the games as for the sporting events themselves. Even if it goes well, the seven-year gap between bidding for the games and staging them means that the politicians who shepherd the bid through are seldom around when the fun begins."

And let's not forget that despite promises of revitalization, sporting facilities sit empty after the games, becoming "white elephants." Having a custom-built stadium for luge or swimming isn't exactly sustainable for everyday life. Just take a look at how depressing the Olympic facilities in Greece look like a decade after the 2004 Summer Games.

Hosting the Olympics sucks. But the last time the Olympics was canceled was due to World War II — the IOC should find a way to keep one of the best global sporting events alive.