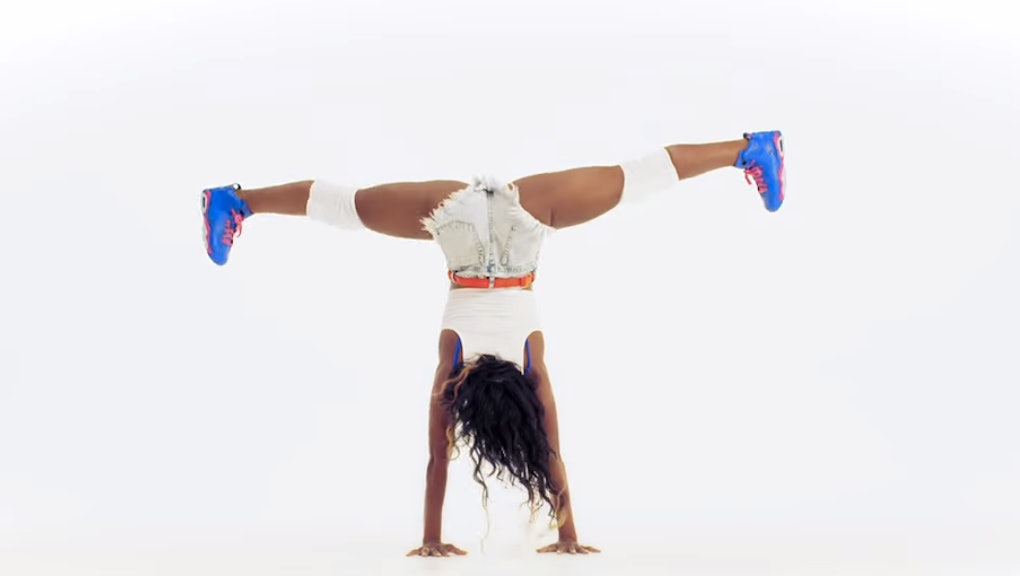 According to Vogue, we're "officially in the era of the big booty." That headline and article, written last month, has drawn significant backlash and sparked Internet-wide debate. It's a ridiculous assertion, one that gives props to white women for the body "trend" while failing to appreciate the dangers of fetishizing body parts and body types. Let's not forget how it overlooks the decades of pop culture "big booty" references that began in the '80s, not to mention totally skipping over women of color.

While many do view "big booty" festishization as a positive and laud the trend as a move toward body acceptance, the reality is fetishizing a big booty is just as harmful as fetishizing someone ultra-skinny. A closer look at pop culture's ass obsession highlights a culture steeped in policing women's bodies under the guise of celebrating them. Body trends are dangerous no matter how you spin them.

From Jennifer Lopez to Iggy Azalea to Kim Kardashian to Nicki Minaj, the celebrated asses of today aren't just large; they're high, round and cellulite and stretch mark-free. These women also have tiny waists and sculpted arms and legs — figures unattainable and unnatural for many women, at least without the aid of plastic surgery. Refinery29 recently posted an article where 30 women posed for unretouched pictures of their butts, reminding us of the variety in real women's backsides. Sadly, the women's comments about their bodies highlight the growing cultural dissatisfaction with our arses.

While liposuction, face-lifts and breast implants have skyrocketed over the last 30 years, butts are increasingly becoming the new "problem area" in need of a fix. According to a report issued by the American Society for Aesthetic Plastic Surgery, 2013 alone saw more than 11,000 buttock augmentation surgeries in the U.S., up 58% from 2012. The U.S. pales in comparison to Brazil, where 63,925 butt augmentation procedures were performed in 2013, nearly five times the number in the U.S, according to a report by the International Society of Aesthetic Plastic Surgery. Butt augmentation is the use of implants, fat transfers or sometimes a combination of both to increase butt size and alter shape. Unfortunately, many women can't afford the cost of plastic surgery and are instead opting for cheaper, more dangerous options.

The popularity of illegal butt injections and "pumping parties," as they are called, are leaving many women permanently disfigured and in worst-case scenarios, dead. The ever-increasing pressure in society to appear a certain way and the $10,000-plus needed for the surgery lead many women to illegally inject everything from super glue and Fix-A-Flat to silicone and even cement into their backsides by persons claiming to be doctors. Thousands of women in the U.S. are estimated to be using illegal injections every year, while Latin America has been suffering from an "epidemic" by some accounts for decades now. Many are sex workers and strippers or transgender women looking for a more "feminine" physique who can't afford hormones or surgery.

It's been almost 25 years since feminist author Naomi Wolf penned The Beauty Myth, her groundbreaking book on society's beauty standards. Since then, our standards of beauty have become more extreme and narrow, while plastic surgery has skyrocketed. Wolf describes the unattainable standard by which we punish women psychologically and physically. She calls this societal expectation the "Iron Maiden":

"Where woman do not fit the Iron Maiden [societal expectations and assumptions about women's bodies], we are now being called monstrous, and the Iron Maiden is exactly that which no woman fits, or fits forever. A woman is being asked to feel like a monster now, though she is whole and fully physically functional. The surgeons are playing on the myth's double standard for the function of the body. A man's thigh is for walking, but a woman's is for walking and looking 'beautiful.' If women can walk but believe our limbs look wrong, we feel that our bodies cannot do what they are meant to do; we feel as genuinely deformed and disabled as the unwilling Victorian hypochondriac felt ill."

Wolf's distinction between the functionality and purpose of men's versus women's parts is an important one, and highlights the biggest lie women are sold about their bodies today. Media outlets have celebrated Meghan Trainor's breakout hit "All About That Bass" as "the body acceptance anthem we've been waiting for." The song tells women and girls that "every inch of them is perfect." Trouble is Trainor, besides shaming other body types with lines like "I'm bringing booty back, go ahead and tell them skinny bitches that," reinforces the idea that bigger bodies are desirable because men desire them: "Mama she told me don't worry about your size. She says, 'Boys like a little more booty to hold at night.'"

There's nothing new about women being taught to view themselves from the male perspective, in order to be desirable. In "Baby Got Back," Sir Mix-a-Lot wasn't telling women to love their bodies for themselves; he was telling women that his "anaconda don't want none" unless they fit his idea of what a woman should look like. Likewise, Nicki Minaj's "Anaconda" redux is all about what her "boy toy named Troy" does and doesn't like: "Because he don't like 'em bony, he want something he can grab." In the video, Minaj performs a lap dance for Drake. Drake isn't featured in the song, but randomly (awkwardly?) appears in the video, reclined on a chair with legs spread and a pleased look on his face – again, totally the male POV. We're looking at Minaj and her dancers as heterosexual men and learning to see our bodies through that same lens. It shouldn't come as a surprise that studies have shown that both men and women see women as parts, while they see men as a whole.