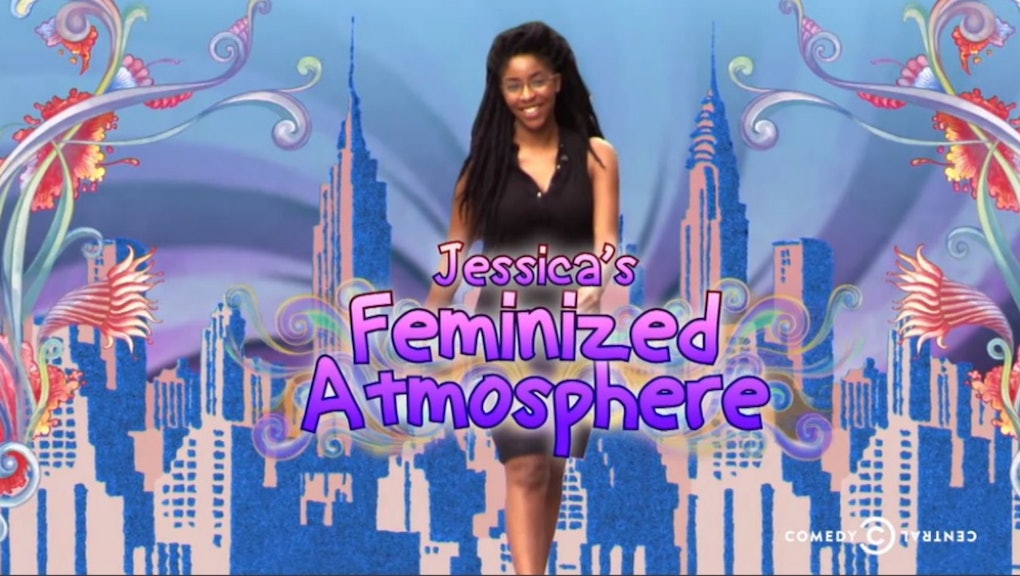 A few weeks ago, Williams laid down the hammer on Fox News commentators who lauded the disgusting act of street harassment. "Going to work isn't a performance," Williams scolded. "We're not looking for applause, and what he's doing is basically a high-minded Lincoln Center version of 'Hey Sweet Tits!'"

Williams came back for round two on Thursday's episode with the gloves off. This time she took it to the streets of New York to explicitly show how gross random men are on the street.

"For most guys, it's just a calm, boring commute, but for me it's like I'm competing in a beauty pageant every day," she quips before showing pixelated dudes' faces throwing piggish remarks at her.

Williams showed just how burdensome it is for innocent women to avoid men who insist on commenting on her body by crafting an alternative walking route to work. In it, she avoids "teenagers hanging out at the bodega," travels another few blocks west to get around those "creepy old guys playing dominoes," and then another few blocks to avoid "Wall Street douches, white guys, Latinos guys, black guys and Middle Eastern guys." The trip took an hour. Problem solved!

Williams also assembled a group of women who recounted their experiences with catcalling. One said a random dude said he wanted to defecate on her chest. So, what's a woman to do? Williams crafted a fool-proof three-point plan: Wear oversized headphones, master the fake phone call, avoid eye contact with everyone and everything.

And, if that fails? "Act like a psycho," she quips.