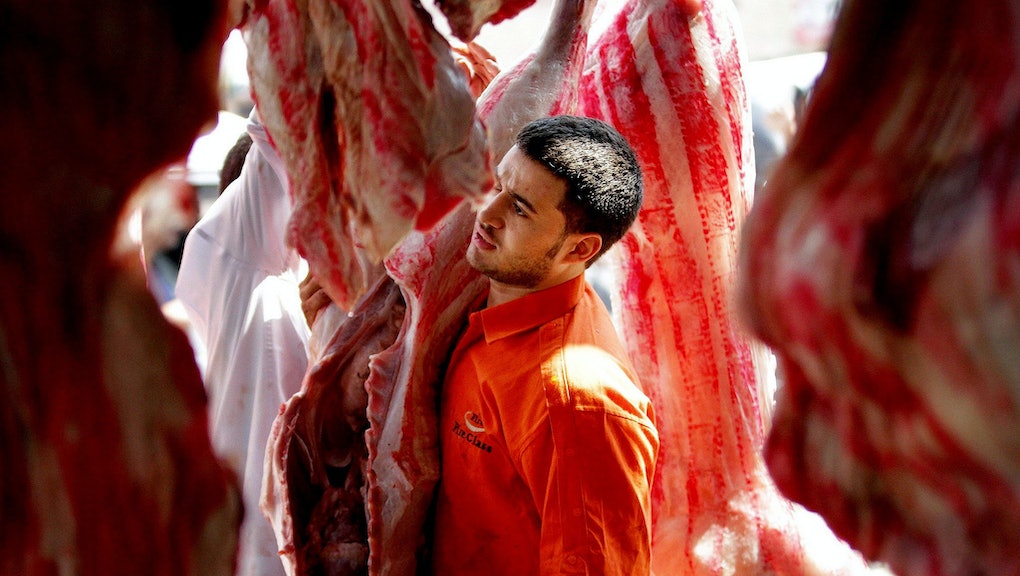 Antibiotics are keeping cows from getting sick, but they could eventually have the opposite effect on you.

A new report from the U.S. Food and Drug Administration has some startling news: We're using more antibiotics than ever in our animals. Farm animals received 16% more anitbiotics in 2012 than they did in 2009, and about 80% of those antibiotics were given to animals that would eventually become our meat.

Antibiotics protect those cows, pigs and chickens — and protect farmers from having to pay costly veterinary bills or losing animals to disease. But using too many antibiotics leads to new strains of germs that are drug-resistant.

The CDC has some bad news about those antibiotic-resistant bugs:

"So what?" you may think. "Some more cows will get sick, and we can use more antibiotics on them." It's not that simple, though. Antibiotic resistance doesn't just hurt farm animals. It spreads to people, even people who don't eat meat.

As of right now, we're not able to produce new antibiotics nearly as fast as germs can adapt. The prospect of a hard-to-stop "superbug" is a frightening one, but it's a potential outcome of our overreliance.

It's not just a farming problem. As many as half of all antibiotics prescribed for people are unnecessary, according to the Washington Post. Ear infections, for instance, are the source of more than 10 million antibiotic prescriptions a year. But in 80% of cases, the infections go away on their own.

The solution for humans is simple: Wait a few days before getting a prescription. For livestock, with all that money at stake, things can be a little more complicated. But it's an expense that might be better paid in cattle cost than in superbug solutions.