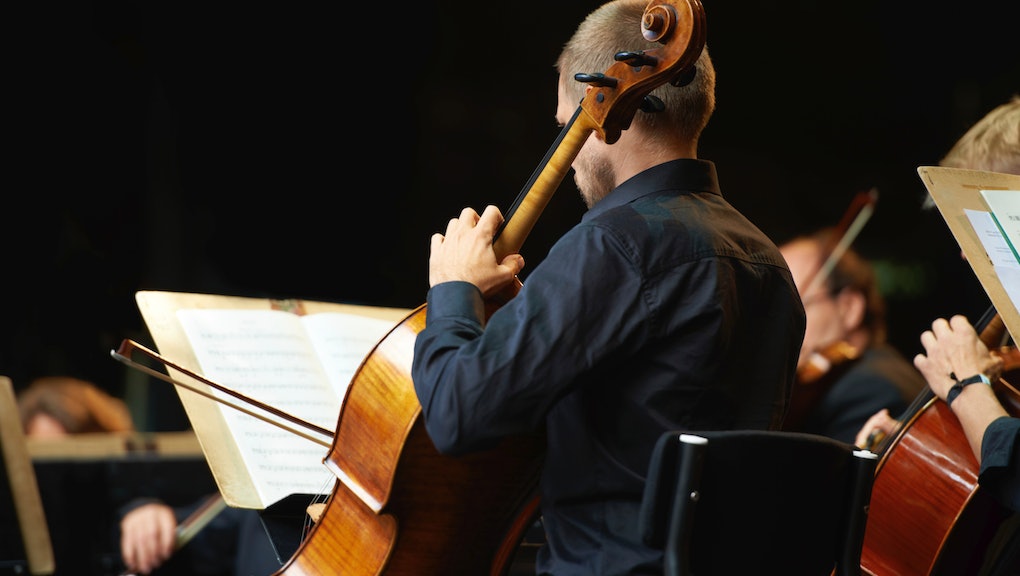 Research Has Great News for People Who Love Classical Music

Everybody has heard some variation of the myth: Listening to Mozart as a baby makes you smarter. It's called the Mozart Effect, and it turns out it just isn't true. But there's a reason we all thought it was. Classical musical fans are scientifically proven to have totally different minds than the rest of us. It turns out they're more at peace with the world and themselves than most.

It all starts with classical music's effects on the body. For most Americans, stress is an everyday occurrence. Traffic, bosses and bills all play a role in jacking up stress levels and blood pressure. But researchers discovered that listening to classical music lowers blood pressure while simultaneously reducing stress levels in as little as 30 minutes. Additionally, classical music decreases pain, combats depression and promotes healthy sleep cycles. When stress, sleeping and pain levels are sound, our bodies can focus on promoting healthy thought patterns, where once again, classical music steps in.

Partially because they're so relaxed, classical music fans are way more at ease and open with themselves than most (except for metal fans, who are just full of self-love). As a result, they might just be way better at relationships, too. Researchers found that classical music helps unlock mental barriers and promotes totally authentic communication of emotions. In the same study, researchers proved that authentic and honest conversations arise more frequently when classical music is playing in the background (all the more an excuse to take your date to a fancy restaurant).

If all that makes classical fans feel good about themselves, then that's typical, too. Classical music fans tend to have a uniquely higher sense of self-esteem, which leads them to innovate often and communicate clearly and openly. They're able to execute all those thoughts well, too. Northumbria University researchers found that listening to well-known classical music actually enhances mental alertness, attention and memory. So there's a lot to feel good about.

It's a shame, then, that younger generations might not experience the benefits of classical music fandom. Symphony attendance is majorly declining, and even if the Mozart effect doesn't hold water, it's clear that a life lived with classical music is a life well lived. This is a music and a listening culture worth preserving — if not for the music, then definitely for your brain.