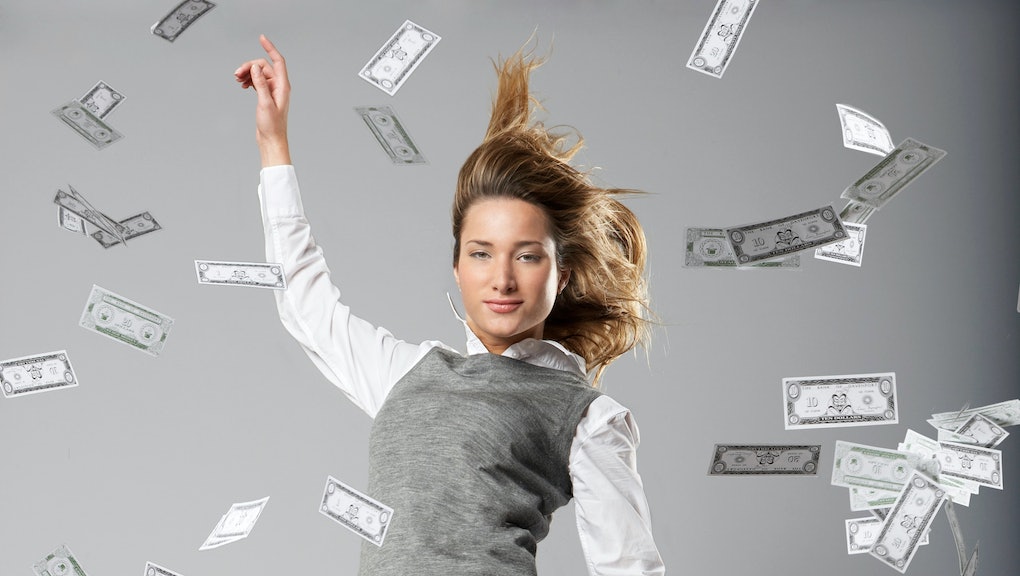 Science Proves That Money Can, In Fact, Buy Happiness — Just Not the Way You Expect

Feeling down? Don't buy yourself a pick-me-up — book that vacation you've been eyeing instead.

But it's not just that we should spend our money on experiences rather objects: Happiness has everything to do with anticipation. Psychologists Matthew Killingsworth, Thomas Gilovich and Amit Kumar of Cornell University, who published their findings in the journal Psychological Science in August, found that people "derive more happiness from the anticipation of experiential purchases and that waiting for an experience tends to be more pleasurable and exciting than waiting to receive a material good."

In other words, living in the moment is overrated. Rather, it's better to live in anticipation of the moment.

What does this mean? The trio discovered that waiting for a possession is filled with more impatience, while waiting for the event fills you with excitement and elation.

"You can think about waiting for a delicious meal at a nice restaurant or looking forward to a vacation," Kumar told the Atlantic, "and how different that feels from waiting for, say, your pre-ordered iPhone to arrive. Or when the two-day shipping on Amazon Prime doesn't seem fast enough."

It also helps that experiential purchases are also more associated with "identity, connection and social behavior," as the Atlantic's James Hamblin explains.

"iPhones, clothes, couches, et cetera, just become background. They deteriorate or become obsolete. It's the fleetingness of experiential purchases that endears us to them. Either they're not around long enough to become imperfect, or they are imperfect, but our memories and stories of them get sweet with time. Even a bad experience becomes a good story."

Why it matters. The research echoes a 2010 study that examined the connection between anticipation and happiness. Dutch researchers polled 1,500 people and found that the people about to embark on holiday were the happiest.

Anyone who's taken a vacation knows this. New York Times travel columnist Stephanie Rosenbloom experienced that first-hand in planning for a trip to Paris. She immersed herself in French literature, pop culture and tour guides, which, in result, made her happier than the actual trip because she was anticipating it so much.

"Reading novels and poetry, watching films and television programs, browsing fashion and design blogs that are either from or about the place you plan to visit encourages you to not only learn about your destination, but to dream, providing some concrete details for your mind to latch on to," she wrote. "It may sound counterintuitive, but this building up of positive expectations and excitement actually helps our minds smooth over any minor discrepancies if reality doesn't quite measure up to the fantasy."

So, stop living in the moment and live in anticipation of one.