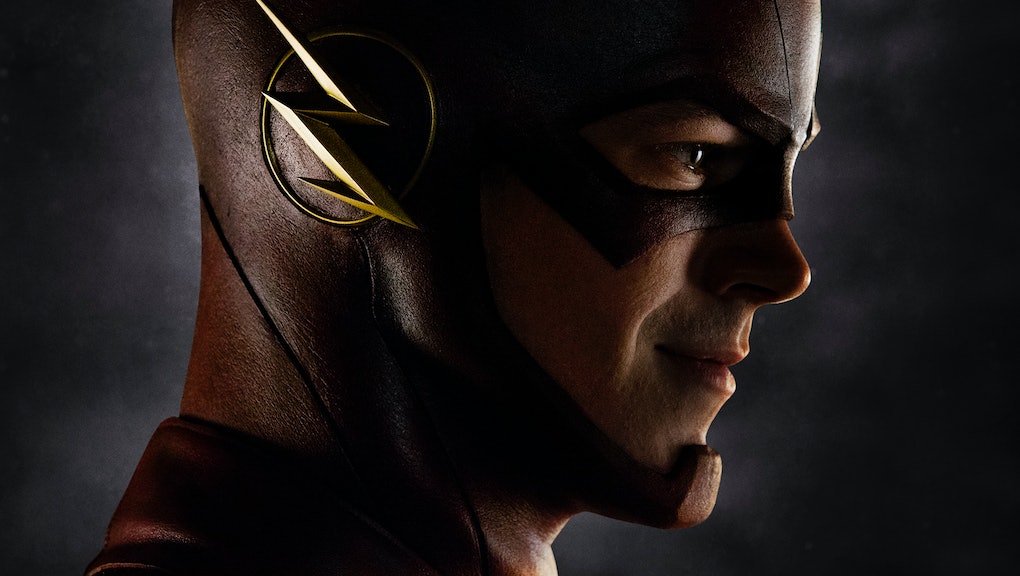 The Flash premiered Tuesday night on The CW. And as quick as lightning, it became apparent that this is a very different kind of superhero show, one that opts for levity over darkness.

Ratings were high. 4.5 million viewers tuned in making The Flash the highest rated CW series premiere in five years. That The Flash works so well is almost surprising, considering, at first glance, how much it has working against it. The premise of the show is almost laughably simple: It's essentially all about a man (Barry Allen) who can run really, really fast. The pilot for the rebooted series (the original The Flash ran in the '90s) sets up an interesting, if not terribly complicated, world for the speedy Allen.

The first episode centers around a giant particular accelerator accident that leaves our hero — a crime scene investigator for the Central City Police Department —  with his remarkable speediness. It's quickly established that Allen isn't the only citizen of Central City who was affected by the particle accelerator's malfunction, and that he won't just be catching up to bank robbers, but that he will have plenty of worthy foes from here on out.

The real beauty of The Flash though, is how effortlessly fun it is and how willing the show is to let the characters go there. Opposed to the dark, edgy superhero preferences of modern TV and film, The Flash embraces the comic book whimsy of superheroes of yore. It's a rare, modern superhero story where the hero actually looks like he's really enjoying himself.The Flash does have some of its roots in common with the traditional superhero mythos — Allen, like Bruce Wayne and Peter Parker, lost his parents at a young age. Unlike those heroes though, neither Allen nor The Flash are tortured by the past. They're just informed by it. The vibe is less Christopher Nolan's Dark Knight trilogy and more Sam Raimi's Spider-Man films.

Even The CW's own Arrow, the show which The Flash was spun-off from, features that signature superhero brood.

"Arrow (which begins its third season tomorrow night at 8) has turned out to be a strong show, and the standard-bearer for this new wave of comic book TV series, but it also has an obvious template: it's Batman Begins: The TV Show, with some of the names changed," HitFix's Alan Sepinwall wrote.

"The Flash is something different. It still has plenty of darkness of its own ... but the overall tone, and the conception of Barry, is much lighter ... more optimistic."

The show's comedic elements aren't that far off from those of the Marvel Comics universe, but it seems less interested in the elaborate world-building of Marvel's current TV offering, Agents of S.H.I.E.L.D. Meanwhile, DC Comics has gone gothic with Gotham in a move very much the opposite of The Flash. Gotham has chosen sinister where The Flash has veered from it.

The Flash's light-hearted take on the superhero origin story has resonated with critics, making it one of the best reviewed new dramas of the season.

"All the potential here is in the show's resistance to the joyless atmospherics that have become the bane of comic-book shows and movies," the Boston Globe wrote. TV Guide declared it, "a welcome respite from the angst-heavy gloom that burdens so many comics-inspired superhero action shows these days."

It's still way too early to predict The Flash's future, but at this point, it's fair to say that the show is running in a completely different direction than the other superhero stories on TV. Whether it will ultimately look as impressive when it reaches the finish line remains to be seen, but for now, it's a surprisingly fun race.