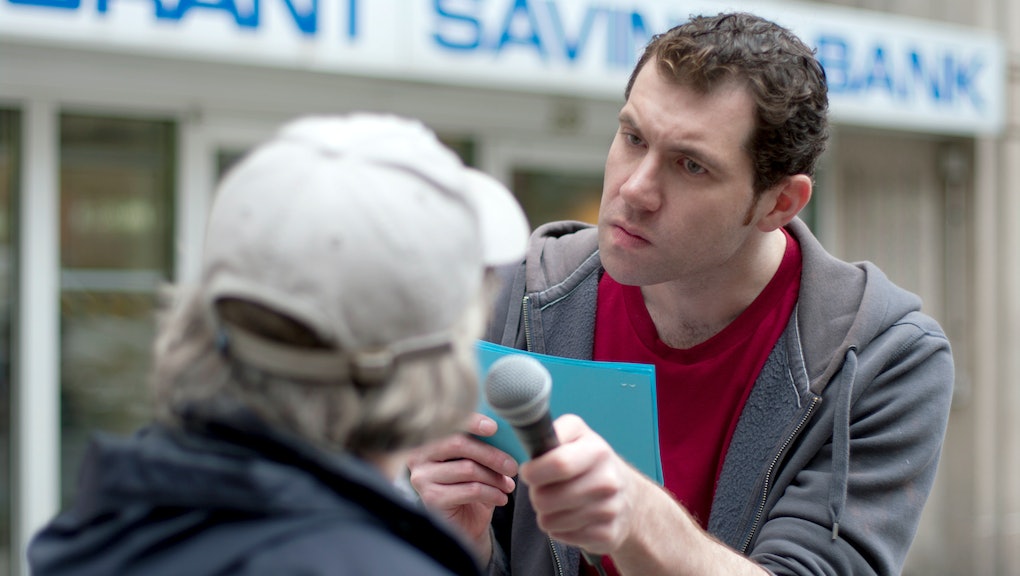 Billy Eichner Rips Into Burger King For Stealing His Act

Hell hath no fury like a Billy Eichner scorned.

America's loudest comedian tore into Burger King on Sunday night, accusing the chain of ripping off his shtick. The television ad he took issue with looks startlingly similar to the act that made him so popular: interviewing random people on the street and then playfully yelling at them.

In the Burger King ad for its new chicken nugget deal ($1.49 for 10, in case you care), a middle-aged man who sort of looks like Eichner if you close one eye, ambushes two teens on the street and makes bizarre, dinosaur-like noises at them.

Take a look at the stupid below.

These man-on-the-street ads isn't unique for any company, but it has become Eichner's trademark. His show on Fuse revolves around that premise so much that it's called Billy on the Street. And the ad isn't funny, unlike Eichner, who was the highlight of this year's Primetime Emmy Awards.

Still, the similarities were enough for him to switch allegiance to McDonald's.