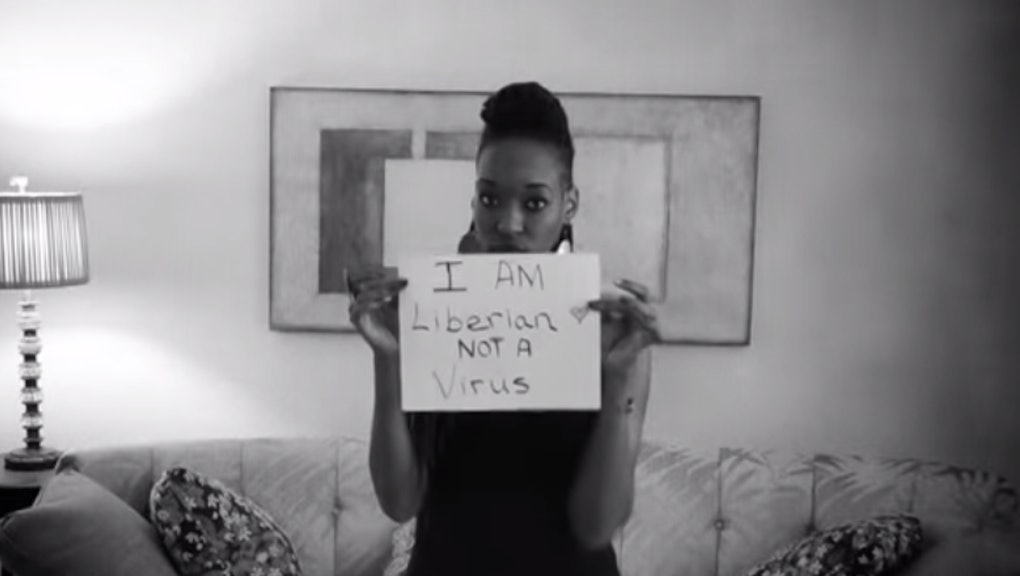 When diseases break out on foreign soil, it rarely makes headlines here in America. The issues are viewed as someone else's problem.

But now that the Ebola virus has reached the United States, every commentator seems to be an expert on this growing "epidemic" threatening lives. Some pundits have even called for travel bans to countries that have dealt with Ebola cases, including Sierra Leone, Guinea, Uganda and Liberia. Worse, they've also perpetuated the notion that someone's African nationality means they probably have the disease.

So instead of examining the issue for what it is, the conversation about Ebola has been lost in the hyperbolic messaging of ill-informed public officials, obsessive, around-the-clock news coverage and racists cloaking their prejudices in pseudo-science.

In an effort to combat some of this wholly unnecessary racialization of a public health crisis, one Liberian-American woman released a video titled "I Am a Liberian, Not a Virus." "

"We live in a region that's been devastated by a deadly disease, but we're not all infected," Shoana Solomon notes in the video. "It's wrong to stereotype and stigmatize an entire people. Remember, we're human beings."

Solomon, a TV presenter, said she was prompted to make a public stand following a conversation recently with her daughter. The girl came home from school upset because she'd been told, "You're from Liberia, so you have a disease."

Solomon's video demonstrates how hurtful everyday reality has become for some children and adults from Africa, or those who have African roots. Given how most U.S. citizens and media outlets regard disease epidemics — especially those that originate abroad — this is unfortunately not surprising.

"The Western media circus has lapped up the Ebola epidemic and paraded it around as its newest act. It's everywhere you look — stories about "necessary" precautions, tales of children and even police cars under quarantine, fear that the disease has spread to other parts of the country," Mic's Sophie Kleeman wrote.  "And it all has one singular focus: America and the West."

That preoccupation also seemed to strike a nerve with Lisbon-based artist André Carrilho, whose poignant illustration highlights the problematic tendencies of the Western media.

The tables may be turning for American citizens who may soon feel what it's like to be stigmatized based on country of origin. The U.S. Embassy in Rwanda announced this week that they will enforce strict rules for American travelers, as the country has not yet had a single case of Ebola. Rwanda is 2,500 miles away from the West African epicenter of the outbreak, but that hasn't stopped Americans from targeting Rwandans in the past several weeks.

Perhaps it's time for Americans to stop running around pointing fingers and remember that health challenges are part of the human condition that should never be attached to a single group of people.