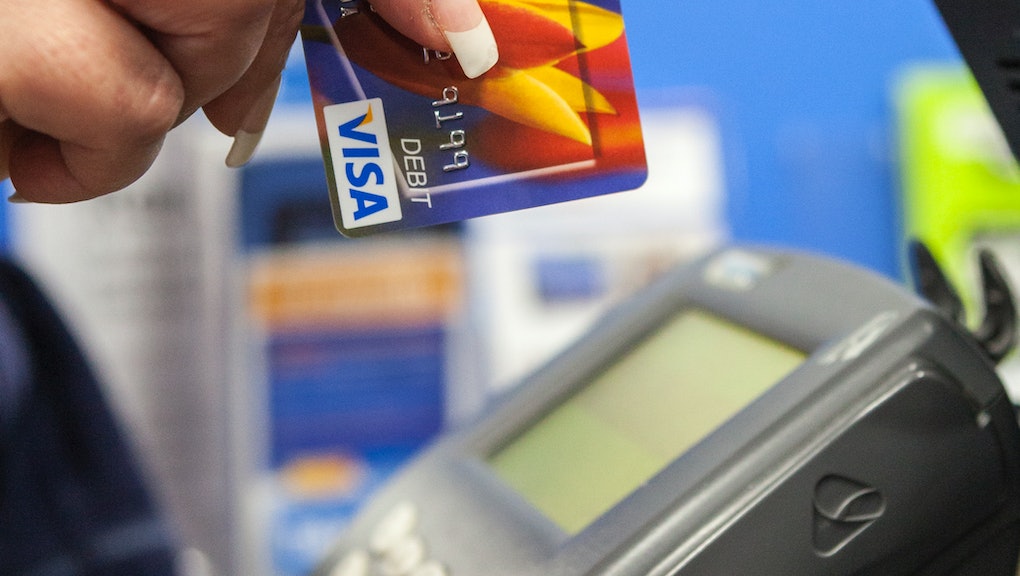 There's One Crime Americans Fear More Than Terrorism and Murder

The news: The crime Americans fear the most isn't one where they're physically harmed.

The top potential threat unnerving Americans is hackers stealing their credit or debit card information, according to a new poll released by Gallup.

A whopping 69% of Americans admit to "frequently or occasionally" worrying about the hazards brought on by cybercriminals, more than being mugged or getting murdered. Hackers breaking into their computers or smartphones and falling victim to a home burglary were the next two threats at 62% and 45%, respectively.

Here's a full breakdown of the organization's annual crime survey, which surveyed more than 1,000 adults:

When separated by annual income, Americans who take home more than $75,000 "are more likely than lower-income Americans to worry frequently or occasionally" about credit and debit card hacks, 85% compared to 50% for those making less than $30,000.

But no matter the income, each group increasingly worried about credit card hacking and smartphone or computer hacking:

Why it matters: This is the first time Gallup asked respondents about "having credit card information stolen or a smartphone or computer hacked." Considering the recent rash of news surrounding the vulnerabilities, it's not a surprise those two crimes topped the rankings.

Gallup reports that 27% of survey takers have had their private information fall into the wrong hands, a "relatively high percentage." Another 11% say they or a household member have had their computer or smartphone hacked within the past year.

These are both threats that are constantly on everyone's minds and things that are more likely to happen than the other physical threats. Murders and muggings, while they do occur, are relatively uncommon in comparison. Millions of American shoppers have had their credit or debit information hacked into at several major retailers, which is still making them nervous as the holidays begin.

In fact, a recent poll shows 45% of Americans are skipping stores like Target or Home Depot, which have fallen victim to these hacks. That aligns with Gallup's conclusion about why credit card hacking is Americans' top concern:

With credit card hacking clearly a concern to many Americans, it may affect their shopping habits as they take measures to protect their identities and finances. Consumers may avoid stores that have been hacked, and begin paying more frequently with cash or prepaid cards to protect their identities. To protect their customers and themselves, some credit card companies are switching to security chips, which are more secure than the magnetic strips currently common in the U.S., and are cautioning customers to check their accounts for suspicious activity.

Remember, there is always cash.