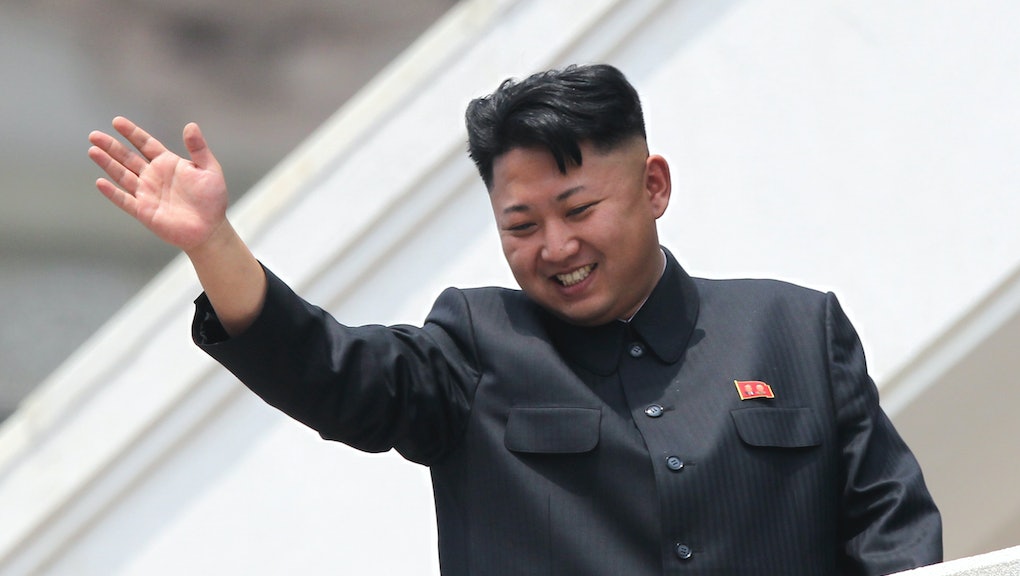 South Korea's spy agency claims the North Korean dictator's suspicious autumn absence can be blamed on a surgery he had to remove a cyst on his right ankle.

The Los Angeles Times reports South Korean lawmakers believe a European doctor performed the procedure "but did not specify a date or say which country the physician was from."

The backstory: Speculation swirled around Kim's health ever since he was filmed walking with a limp over the summer. His public appearances eventually came to a complete stop in September for about 40 days when state media said he was dealing with "physical discomfort."

Outsiders hypothesized that Kim's non-appearences signaled something more nefarious, possibly that he'd lost control of the country or a fallen to a political coup. The Telegraph reported that travel passes for residents were allegedly banned, suggesting "there has either been an attempted coup or that the authorities there have uncovered some sort of plot against the leadership."

When Kim finally stepped out Oct. 14, the guessing game came to an end. North Korean state media splashed pictures of the dictator conducting a round of "field guidance" at a Pyongyang housing project. He was seen with a walking stick and only photographs — not video footage — have been released.

Regardless, between the walking stick and the prolonged absence, South Korea's hypothesis is probably the best we're going to get since North Korea will always remain tight-lipped.