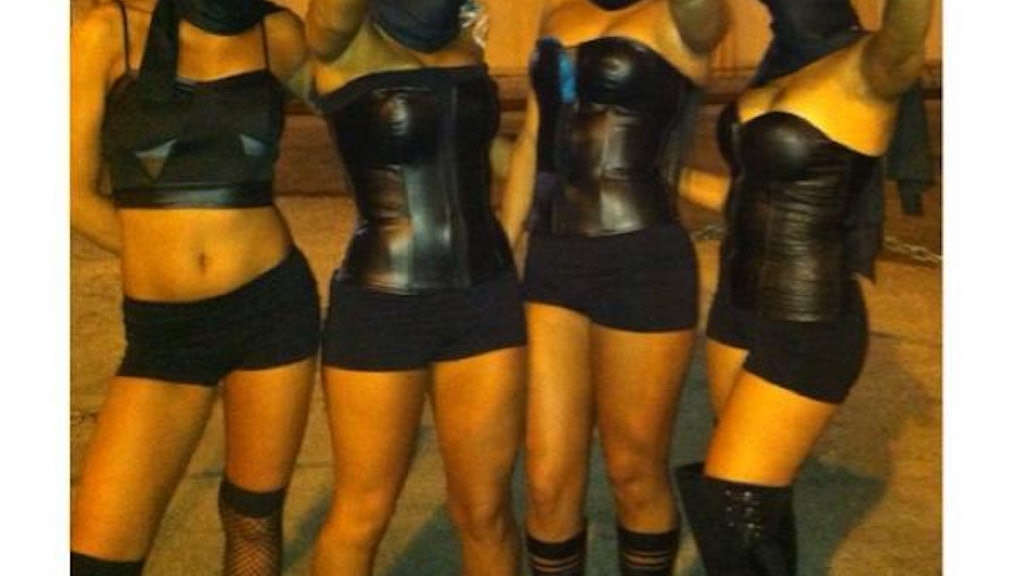 A Beginner's Guide to Dressing Like the Islamic State for Halloween

Halloween has always been a showcase of bad behavior, but this year seems particularly rife with examples of revelers going above and beyond when it comes to tastelessness, racism and cultural appropriation. Case in point: the multiple costumes that have made light of the Ray Rice domestic abuse fiasco — in blackface, no less. In an effort to stop this behavior, people try every year to educate the public on cultural appropriation. It seems that effort still has a long ways to go, as suddenly the Internet is awash in people apparently dressing as members of the Islamic State.

The problem is, it's not the easiest costume to pull off. Yes, some people aren’t too sure about how to dress up to the fullest effect, prompting exchanges like the following:

In an effort to help ease this dilemma, here's a handy, three-step guide for anyone planning on dressing up as an IS militant this year.

Going as the Ebola virus is overplayed, especially since it hasn’t proven to be as big of a problem in the United States. Donning blackface to go as Ray Rice is too politically incorrect, so that's out of the picture. What's a sensible American to do? After all, you like to push the limits and are known for always having the edgiest costume at any party.

Step 2: Read about the atrocities IS is committing.

In an effort to make sure your costume is as authentic as possible, it's probably best to do some quick research about the terrorist group. Such research is likely to turn up information regarding the systematic sexual violence committed by the fighters, disturbing statistics about fellow Americans who have joined the group, and details about the group's gruesome killings. Confused as to what kind of religion would prompt such actions? Further digging will doubtless turn up a long list of internationally renowned Muslim scholars who have denounced IS, along with countless articles written by Muslims around the world who are disgusted and angered by the actions of a politically motivated terrorist faction. This is getting interesting.

Step 3: Decide against it.

You realize you'll look too much like a bigoted idiot if you attempt the original idea and decide to go as Ruth Bader Ginsburg instead. You feel good about your decision, especially since the people wearing IS costumes are being slammed by the media as trivializing the seriousness of the issue, relying on orientalist stereotypes and generally looking silly.

The takeaway: Pretending to be a member of IS is not unique or trendy. Rather, it plays right into what these types of terrorist organizations want: public recognition of their existence and tacit permission to be a part of American culture. Considering that IS regularly recruits soldiers on social media, it's not too far-fetched to wonder if some of these social media posts of people dressing up "like them" may one day serve as recruitment tools. Ultimately, these types of costumes whitewash a violent criminal organization while simultaneously insulting Muslims, a diverse, mostly peaceful community of 1.6 billion people.

Still not sure what to be for Halloween? Check out some of these awesome DIY feminist costumes to get your creative juices flowing. They're empowering and unusual, not to mention much less likely to land you a spot on one of BuzzFeed's "Worst Dressed" lists this year.