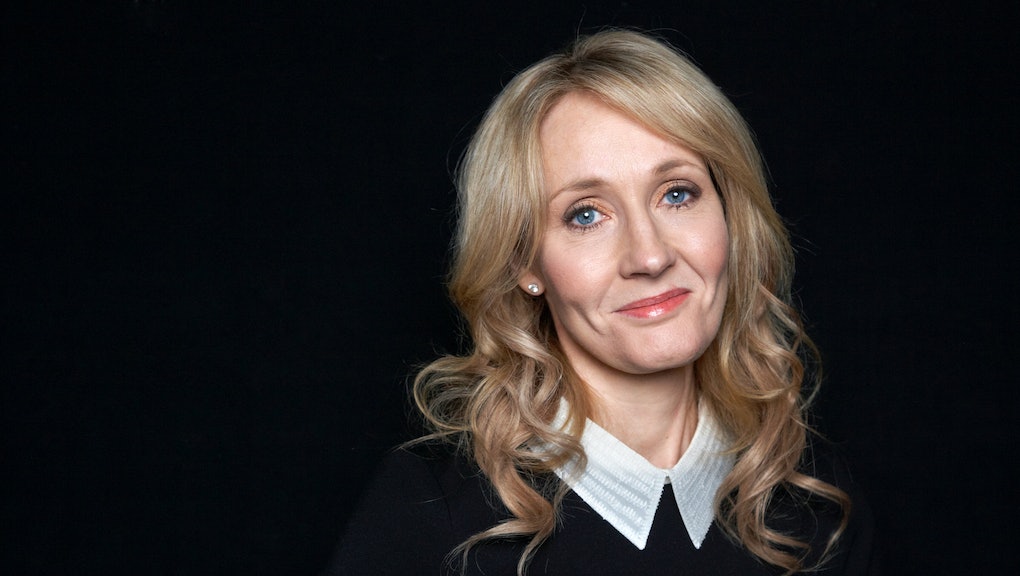 J.K. Rowling unveiled a wicked treat for her fans this Halloween: a detailed history of one of her most detestable characters, Dolores Umbridge.

Known in the books as a toad-like woman with an affinity for kitten-themed ornaments and a distaste for anything not wholly human, Rowling's latest tale provides some insight into Umbridge's wretchedness.

"She is an immensely controlling person, and all who challenge her authority and world-view must, in her opinion, be punished," Rowling writes. "She actively enjoys subjugating and humiliating others, and except in their declared allegiances, there is little to choose between her and Bellatrix Lestrange [another character known for her horrible nature]."

The story, available on Pottermore.com, reveals Umbridge's beginnings: Her father worked for the Ministry of Magic in the Department of Magical Maintenance and had never been promoted; her mother was non-magical and elicited Umbridge's scorn due to her "flightiness, untidiness and Muggle lineage."

Rowling also notes that after the fall of Lord Voldemort, Umbridge was "put on trial for her enthusiastic co-operation with his regime, and convicted of the torture, imprisonment and deaths of several people."

There was also some truth to her character. In her author's note, Rowling described a teacher she once had, and disliked intensely, and her penchant for twee clothing. She wore a bow in her hair, like Umbridge, and Rowling "used to stare at that little slide, which would have been appropriate to a girl of three, as though it was some kind of repellent physical growth."

She also took inspiration from a woman with whom she once shared an office — though she covered her walls with pictures of fluffy kittens, "she was the most bigoted, spiteful champion of the death penalty with whom it has ever been my misfortune to share a kettle."

Besides the mini-biography of Umbridge, Pottermore also features other new stories, Entertainment Weekly reports. They include a look at Thestrals (magical creatures from the books), a history of the wizarding prison Azkaban, Rowling's thoughts on the character of Sybill Trelawney and more.

The latest Pottermore tale follows the release of two recent stories — one in July, detailing the current lives of the main characters and one in August that profiled singer Celestina Warbeck.