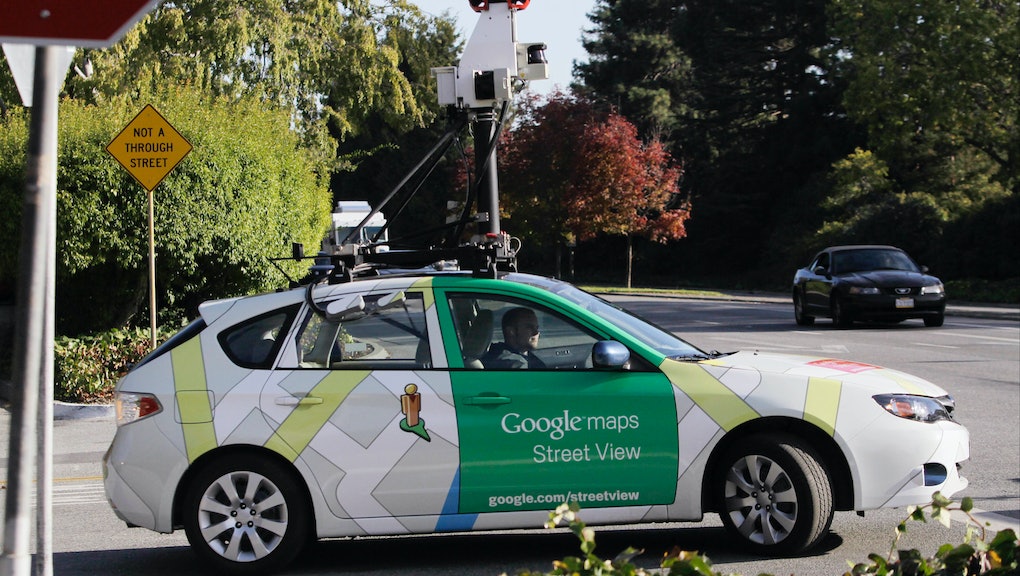 A judge in Montreal has fined Google 2,250 Canadian dollars ($1,995) and denounced the search giant for violating a woman's "modesty and dignity" after the Street View feature on Google Maps used a picture that included the woman's cleavage.

The picture in question, taken five years ago, is of Maria Pia Grillo, who was photographed sitting on the front steps of her home in a low-cut top. Google blurred her face out, but there were apparently enough features visible on Street View to identify who she was.

Judge Alain Breault said Grillo was the victim of "malicious comments and humiliation" at work and suffered a "significant loss of personal modesty and dignity."

The lawsuit. Grillo claims said she was the victim of "mockeries, derisions, disrespectful and sexually related comments in relation to the photographs" and originally sued the company for $45,000 in damages.

She also claimed that Google's anonymization process — which is really just blurring out someone's face before uploading it — doesn't go far enough. The picture shows her house and a car registration plate that could potentially make it easy for someone to uncover her identity — and potentially pay her a visit. Grillo tried contacting Google's Canadian headquarters in Ontario but claims she never received a response.

"This puts me, my house, my vehicle and my family members that I live with at the mercy of potential predators," Grillo said in court documents. "I feel very vulnerable knowing that the information is available to anyone with Internet access. The damage has been done."

Google said it blurred the parts Grillo requested to be blurred out. The company declined to comment on the court's ruling.

Not the first time. Google's Street View program has long been a lightning rod for criticism from the courts around privacy issues.

Germany imposed a $190,000 fine on Google last year because its Street View cars supposedly recorded people's emails, passwords and photos via Wi-Fi while driving through Hamburg. It was labeled a privacy violation on a "nearly unprecedented scale."

The United Kingdom accused the company of a similar offense, but it wasn't fined.