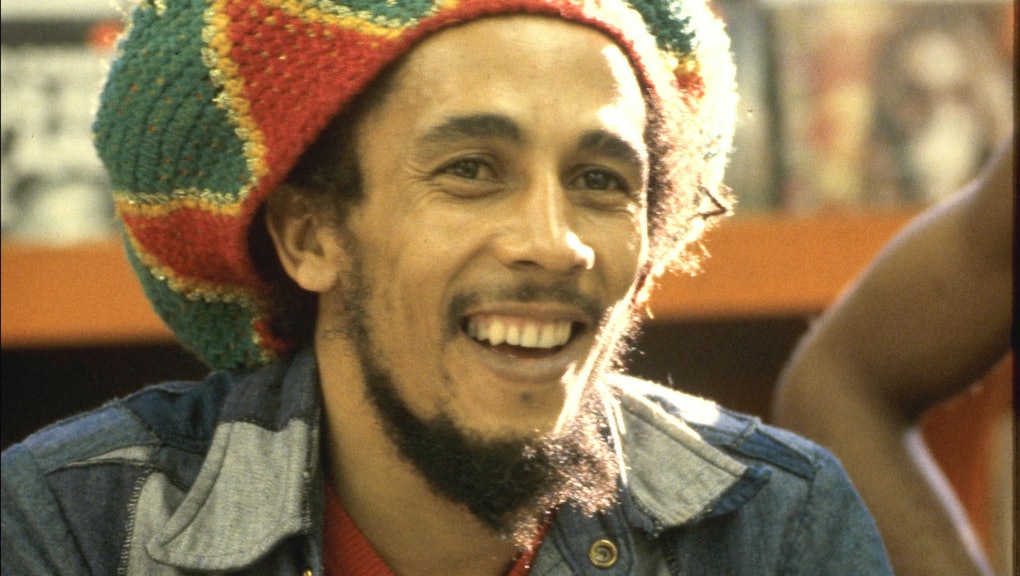 In 2008, a group of Croatian and Serbian musicians erected a statue of Bob Marley to symbolize Serbia's dedication to creating enduring peace in the Balkans. In New Zealand, Marley's music has become an integral part of the celebrations of Waitangi Day, an important national holiday celebrating peace accords between European settlers and native Maori tribes. In Canada earlier this year, Toronto Mayor Rob Ford officially declared Marley's birthday an official holiday. The world over, it's as if Marley were still alive.

To those familiar with the Marley of murals and novelty merchandise of all kinds, he may seem like the world's cheeriest stoner. But his legacy has endured because it's far more complex than that. His ability to convey sophisticated political critique and deep spiritual musings through music remains unmatched. The sociopolitical issues he tackled are still the most pressing issues facing our world today, but nobody has addressed them with the clarity he did.

Though he died more than three decades ago, Bob Marley is the still the most vital musical voice of our generation.

Beyond helping everyone "get together and feel all right," the majority of Marley's canon sought to describe and subsequently dismantle oppression in all its forms. He was unflinchingly precise in his assessment of society's ails, whether tackling income inequality on "Burning and Looting" or endemic racism on "War," on which he sang, "Until the philosophy which hold one race / Superior / And another inferior is finally and permanently discredited and abandoned — everywhere is war."

But his solutions were of the biggest and truest variety: If the problems he saw in the world are around to this day, so too are the solutions. He blended the practical and the philosophical. "Emancipate yourself from mental slavery, none but ourselves can free our minds," he sang on "Redemption Song" (a paraphrase of Marcus Garvey), and he inspired millions to do the same. Bono, one of today's greatest musical philanthropists, has said he carries a copy of the song with him whenever he goes to meet with politicians, prime ministers or businessmen.

"It was for me a prophetic utterance," Bono said, "or as Bob would say, 'the small ax that could fell the big tree.'"

But though his legacy inspired millions, Marley's continued importance is arguably due to the fact that nobody has been able to carry on his legacy in the ways that really count. He almost singlehandedly popularized reggae, sharing its social critique and upbeat, inspirational positivity with the world. Yet since his death, it's continued as a popular sound without any of its original social consciousness — take Rihanna's "Man Down" or Magic's "Rude!," both of which use reggae to signify "exotic."

This is why Marley remains in a class of his own, a face and voice known the world over. The man unwittingly predicted his own immortality on "Pass It On": "Live for yourself, you will live in vain. Live for others, you will live again." Bob Marley truly lived in the service of others, working tirelessly to inspire and empower the disenfranchised and oppressed. He made us all feel how beautiful a unified and peaceful world would be.

The desires to see that political reform and peace still endure today, but since Marley's death, no popular musician has been able to see the problems or the path away from them as clearly. Until someone does, or until the ills that plague our world are solved, Marley will endure as the spokesman for every generation that follows.