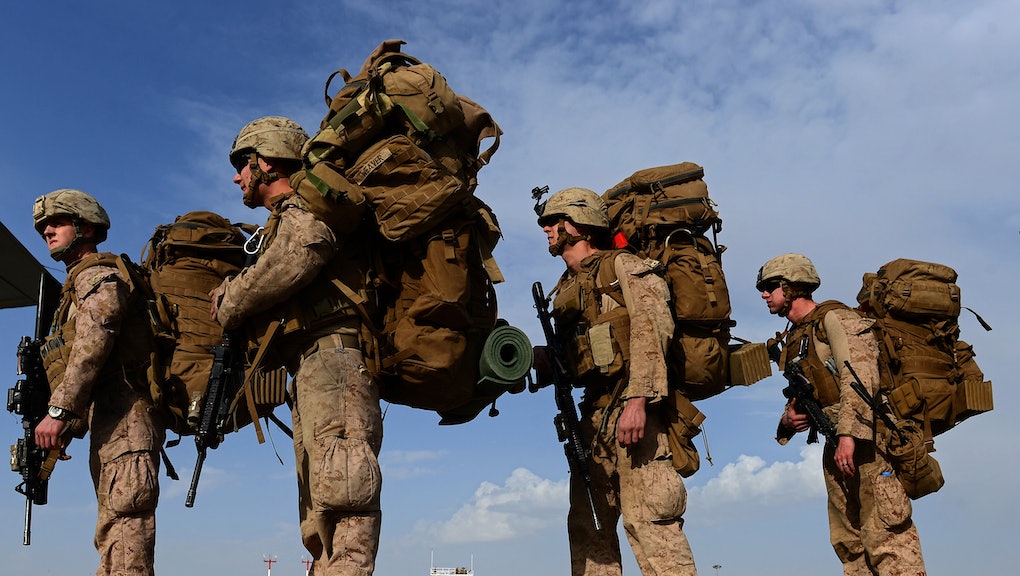 The news: The U.S. military has been rocked by several scandals this year, with accusations of stranding veterans in bureaucratic limbo, sweeping rape claims under the rug and not doing enough for troops returning with post-traumatic stress disorder.

The New York Times added another controversy to the pile Thursday with a disturbing exposé on how hundreds of troops in Iraq were exposed to chemical weapons since 2003 — and how the military did nothing about it.

The article follows another Times piece from October, which revealed that while American troops in Iraq did not find any active weapons of mass destruction, they did come across hidden caches of chemical weapons. After the Times piece gained traction, the Defense Department conducted an internal review and disclosed that at least 600 service members were affected by these weapons and admitted that the Pentagon did little to track or treat them:

Military officers said the previously unacknowledged data was discovered when, at [Secretary of Defense Chuck] Hagel's prodding, the Army's Public Health Command examined its collection of standardized medical-history surveys, known as post-deployment health assessments, which troops filled out as they completed combat tours.

There is absolutely no excuse for this. What's especially disturbing about the Pentagon's admission is that these surveys were self-reported, which means that there could be vets out there who don't even know they were exposed to chemical weapons. And the fact that the Defense Department sat on this knowledge instead of ensuring troops got the medical help they need is unconscionable.

The Defense Department has since vowed to expand its outreach efforts to veterans and has established a hotline at 1-800-497-6261 for vets to report possible exposure to chemical weapons.

But for some, that's not enough. "It's too little, too late," Jordan Zoeller, a former Army sergeant who was exposed to a sulfur mustard agent in 2008, told the Times. And this story is just the latest in a long line of scandals that demonstrate how the system has failed those dedicated to protect and serve the country.