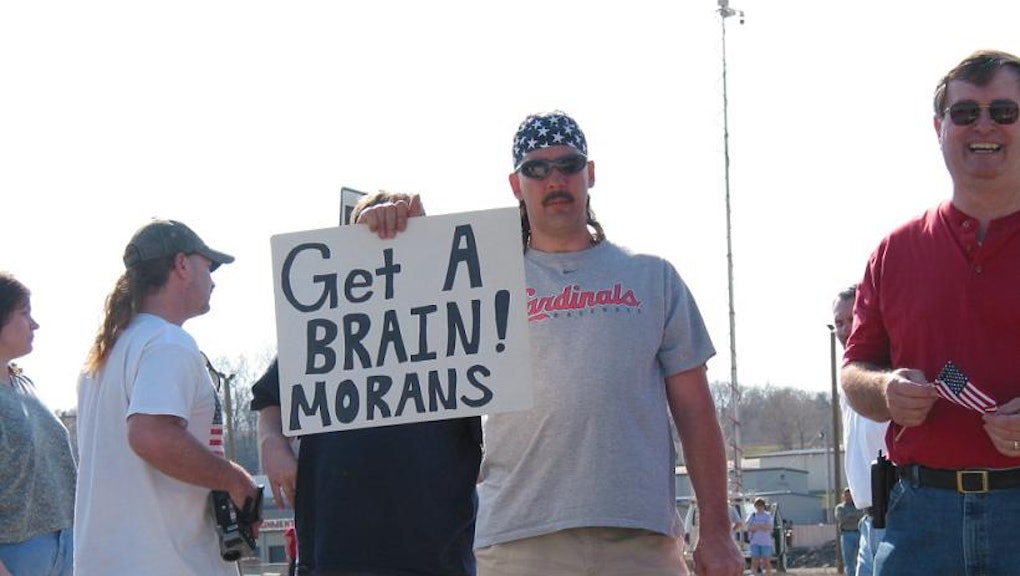 This explains a lot.

While conducting an unrelated study into microbes, scientists at the University of Nebraska and Johns Hopkins School of Medicine discovered that ATCV-1, an algae virus previously believed to not be transferable to humans, can live in our throats. It was found to "affect cognitive functions including visual processing and spatial awareness."

Researchers have discovered a virus that attaches onto human DNA and may make us even stupider, if that's humanly possible.

The study: Contracting the ATCV-1 virus can make you dumb, but not create a noticeable change to your body. The virus typically lives in species of green algae commonly found in rivers and lakes, Newsweek notes.

The study surveyed 92 healthy people from Baltimore and found that the virus was present in 44% of people. Researchers tested their attention spans and other abilities and found that those "without the virus scored better by an average of between seven and nine points," Dazed & Confused writes.

The virus was also injected into mice, which were then placed into a maze. The infected mice were noticeably more confused than the mice who didn't have the virus.

"This is a striking example showing that the 'innocuous' microorganisms we carry can affect behavior and cognition," Dr. Robert Yolken told the Independent. "Many physiological differences between person A and person B are encoded in the set of genes each inherits from parents, yet some of these differences are fueled by the various microorganisms we harbor and the way they interact with our genes."

Uh, that sounds bad? Professor James. L Van Etten, who was on the research team, told Newsweek it's not known how ATCV-1 is transmitted to people, but there's "no reason" to believe that it is contagious among people or animals.

He added that there's no clear sign to indicate the virus's presence in humans — although an avid fandom of Family Guy crossover specials may be an indicator. "My best guess is that these viruses may infect another microorganism besides the algae that we have been studying, ... This other microorganism may be the way that the virus gets into the throat," he said.

So if you find yourself not knowing your iPhone password or forgetting how to fill out a check, you just might have the virus. Or at least you can pretend to blame your stupidity on it.