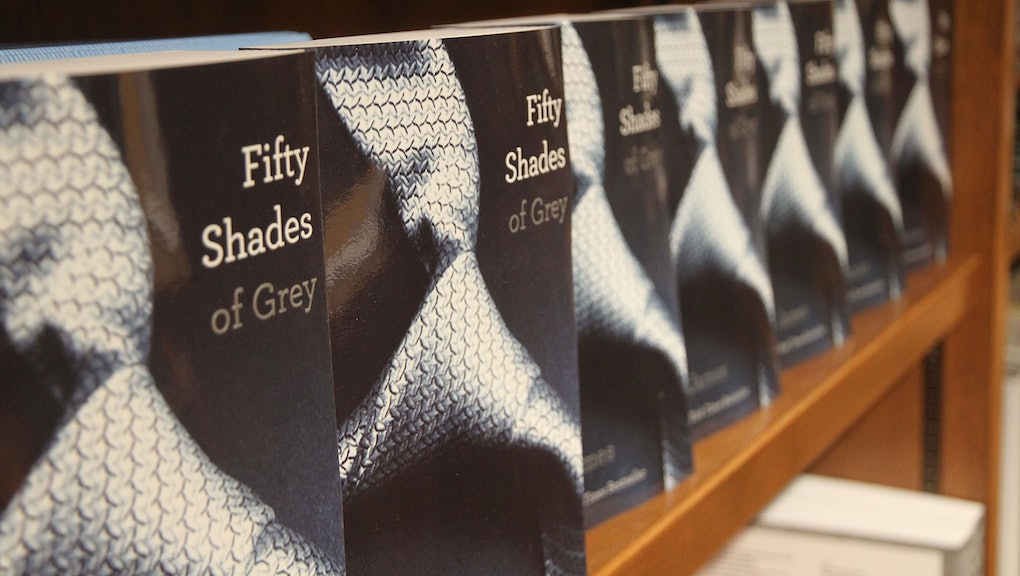 Why 'Fifty Shades of Grey' Is an Important Movie For America

Hear us out: Fifty Shades of Grey is actually a significant movie.

And the Fifty Shades movie can allow that conversation to happen all over again. With a new trailer that will air during Thursday's episode of Scandal, the film has the potential to reprise the impact of the 2011 book, which included sex toy sales going through the roof.

In the first quarter of 2012, Nielsen Holdings saw $4.4 million in vibrators sold, up by 14% from the first quarter of in 2011. Toy brand Lelo reported sales of light bondage toys like whips and handcuffs climbed by 50% and pleasure bead sales increased more than 200%. Pure Romance, a company that provides in-home sex toy parties, made $120 million in sales before 2012 came to end. It's unsurprising yet encouraging that curiosity piqued by the book spilled over into real-world experimentation, with women purchasing things that might have made them feel ashamed a year before.

The wave of sex-positivity has extended beyond sex toy sales. Fifty Shades of Grey has given women a way into the conversation about sexual satisfaction. Not only was the book's title on everyone's lips throughout 2012 and 2013, but as research scientist Debby Herbenick of Indiana University told the Washington Post, Fifty Shades got "a lot of people thinking and talking more openly about sex, sexuality, desire and interest. ... It's helping many women to feel comfortable enjoying something about sexual fantasy and arousal." The fantasy of being dominated is more common for women than we might have assumed, and Fifty Shades offered reassurance that those fantasies aren't unusual or perverse.

And for those who might not have had those fantasies, it presented them as a possibility. Gynecologist Michael Krychman told the Washington Post that the explicit sex portrayed "helps with creativity and imagination, and can give people ideas that help counter sexual boredom."