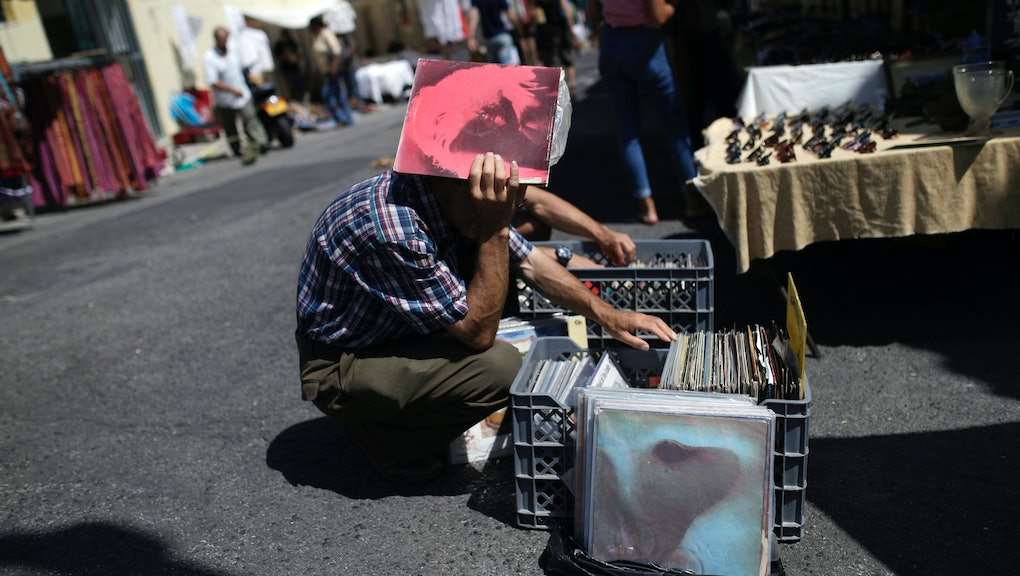 Science Shows There's Only One Real Way to Listen to Music

Steve Jobs, the man who invented the iPod and ignited the digital music revolution, never listened to MP3s.

Instead, he only listened to vinyl. He felt there was something vacuous about listening to music in a digital form and was surprised at the success of his own product — that so many people had willfully traded quality "for convenience or price."

Digital doesn't hold up: Nothing about the way we listen to music these days commands attention like or yields the quality of a physical record. Though there is a movement back towards vinyl, there's an even bigger movement towards streaming — and with it, a whole new paradigm for how we hear music.

But it's clearer than ever before that the digital revolution has changed not only how we consume music but what music can do for and to us. Expert scientists have begun to explore how the experience of listening to music online changes how we perceive it. And there's more to the difference than you'd think.

Skipping and skimming: Poppy Crum, senior scientist at Dolby Laboratories and consulting professor at Stanford's CCRMA school (Center for Computer Research in Music and Acoustics), spoke with Mic about the psychological effects our digital music habits are having.

"True love or appreciation for a piece of music ... comes with depth of knowledge of that music," she said. She cited three important factors in creating a genuine experience with a piece of music — "repeated exposure, iterations and intent" — which can be short-circuited in a "taste and go" environment. To her mind, though, the benefits of streaming in terms of access and broad music appreciation far outweigh the potential negative effects of streaming habits on our emotional experience.

"Those sorts of heightened emotional responses of pleasure and enjoyment and satisfaction come in a way that is counter to rapid, quick streaming and constant exposure to a lot of different things," Crum said.

Skipping and listening inattentively, then, can get in the way of building those connections: "[It] wouldn't be experienced initially, and would bypassed very quickly in a sort of 'taste and go' streaming environment."

But that's exactly how we listen now. Recently collected Spotify data illustrates how short our musical attention spans have become. There's only about a 50% chance we'll actually make it to the end of a song. If people are barely listening to a song once all the way through, they're likely not returning to build those emotional connections. If they do, they might not have a foundational experience on which to form them.

Many music professionals have also discussed this lack of connection, and to some of them blame  something called the "loudness wars" for part of it. For years now, recording engineers have used dynamic compression to make their music louder and more ear-catching. Though it may grab your attention at first, though, it can actually exhaust your ears to listen to it. It ends up looking like a solid brick of noise, as the following portion of the infographic "A Visual History of Loudness," created by designer Christopher Clark, shows. It should be noted, though, that some believe the loudness wars are improving and excessive dynamic compression is less rampant now than it was in the past decade.

Bob Ludwig, a record mastering engineer, believes this is one of the chief reasons people don't engage with albums as deeply anymore. "When you're through listening to a whole album of this highly compressed music, your ear is fatigued," he told NPR. "You may have enjoyed the music but you don't really feel like going back and listening to it again."

If that's paired with a lo-fi recording, it becomes hard to experience the music in a deep emotional way. Research shows that musical quality has a huge effect on emotional response. A recent study performed by audio researchers at DTS divided a group of listeners into two groups — one that watched a video accompanied by standard stereo 96-kbps sound (Spotify's default audio setting) and the other group listened in 256-kbps audio format. The responses in the brains of the group listening with the 256-kbps audio were 14% more powerful on metrics measuring memory creation and 66% higher on pleasure responses. And this was just 96 to 256 kbps.

What the future will hold: Even if elements of the digital experience risk music's power, it's clear that music is still a fundamentally important part of our lives. We wouldn't need an unlimited streaming service if it didn't.

However, music's function may change as we move deeper in our increasingly digitized, technology-dominated world.

"Music may have been something we were more focused on in the past, an event we could allocate more attention to. It still exists in that way in some sense. Now it's becoming something we distribute our attention across," Crum told Mic. She believes that ubiquitous music enabled by streaming may actually become a vital tool in keeping us focused within a world that continues to fragment our attention spans.

But something can still be lost — not just the cover art on a vinyl, or the existence of a platinum album. What we lose with our new habits for listening to music is a piece of ourselves; the musical part you keep in your heart, not your pocket. Listen closely, and listen well.