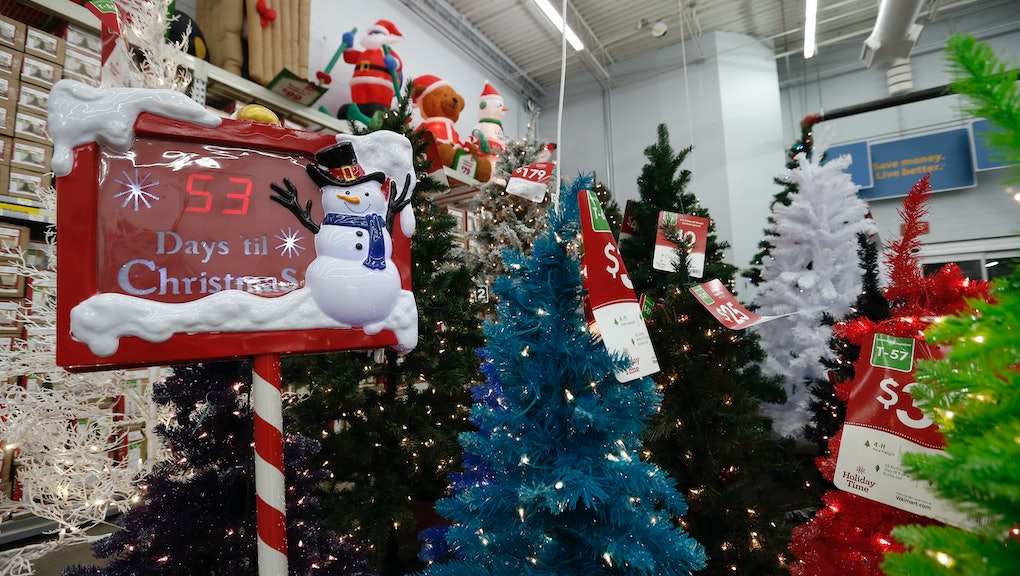 Despite the rush from big-box retailers to swing their doors open on Thanksgiving to get a jump on the holiday shopping rush, strict laws in Massachusetts, Maine and Rhode Island are preventing outlets from opening on the holiday — to the relief of employees and consternation of sale-hungry consumers.

Shoppers will have to wait until midnight Friday because of so-called "Blue Laws," other wise known as archaic regulations that prohibit stores from opening on holidays or Sundays for "days of rest."

Why it matters: Although the laws have eased up — malls are open Sundays — it doesn't sound like too many people are bothered by it. Jon Hurst, president of the Retailers Association of Massachusetts, told the Huffington Post that stores haven't voiced their opposition in overturning the law.

"We haven't really been under pressure to change the laws here," Hurst said. "Frankly, it wouldn't be my cup of tea to go out on Thanksgiving night and shop. I'd rather watch football."

"I used to work in retail and it stinks to work on the holidays," Massachusetts resident Juliana Bondor told WGGB-TV. "Especially for Thanksgiving that was started as a holiday for Americans to be together with family. I think the laws are important to protect the workers."

Still, there are concerns that not allowing stores to be opening on Thanksgiving night could lead to shoppers spending their money in neighboring states.

"We know those stores are busy on Thursday night," Hurst told the Huffington Post. "So it raises the question: Are Massachusetts blue laws stopping consumers from shopping? Or are they just stopping them from shopping in Massachusetts?"

It's a valid concern, but since stores have only begun "Brown Thursday" within the past few years, it's hard to judge how much money the states are losing — if any at all. Regardless, stores in states that aren't ruled under Blue Laws only have a few hour competitive advantage than those that are.

Hurst said if the Blue Laws are overturned, stores won't rush to open on Thanksgiving because "there's just not much of a demand" for holiday shopping. A belief that apparently doesn't quite transcend sleepy New England, apparently.