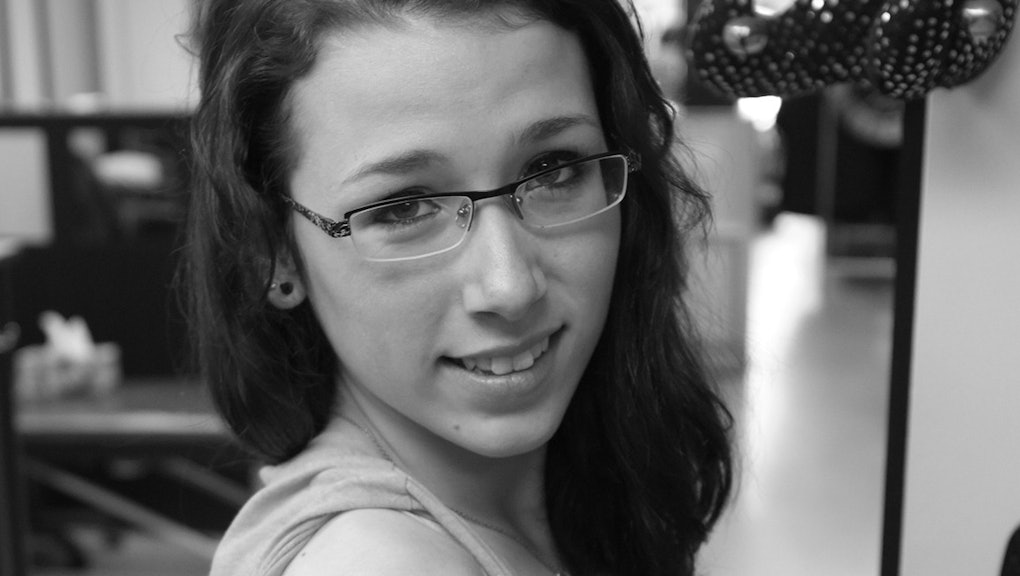 Rehtaeh Parsons was limp, bent over a window and vomiting on the ground when a boy raped her from behind while giving a thumbs up to the camera. She later killed herself. The boy who took the photo will walk free.

The fact that this picture exists is unsettling. The fact that it was shared and used to terrorize Parsons to the point where she took her own life is repulsive. The fact it was originally "insufficient evidence" for the police to press charges and that ultimately no jail time will be given to the boy who purposefully perpetuated one of the cruelest aspects of rape should be a wake-up call to us all.

Parsons' abusers are reaping the benefits of institutionalized sexism and misogyny that far too often favor perpetrators over victims. Rape culture is predicated on power and control. Sexual assault, the ultimate form of male dominance, is therefore something to brag about, which brings shame to the victim rather than the perpetrator: Just examine who was shunned after the horrific act took place.

This problem isn't going to be solved on a case-by-case basis — even if the judge had ruled to lock up Parsons' digital harassers, there would be more perpetrators. In this new online era of oversharing, the rules of engagement have changed. What we need now is nothing short of a culture overhaul, a complete paradigm shift that systemically changes the way we educate and inform boys and girls about consent and abuse starting from an early age.

But to do this, we have to acknowledge how online harassment is used to amplify the humiliating effects of sexually based crimes. What killed Parsons — as well as Audrie Pott, Amanda Todd and doubtless other teens whose stories never became publicized — wasn't bullying. It was sexual harassment. What happened to Jane Doe in Steubenville, Ohio, or to Jada in Houston, Texas, wasn't just vile and degrading rape. It was shaming in the digital age, a brazen public spreading of women's pain and suffering for amusement and humiliation.

And it needs to end now.

Research from the American Association of University Women, gathered by Claire Gordon in a piece for Al Jazeera America, shows just how hard it is to be a girl growing up in a world where women are second-class citizens. According to students in the study, girls who are "developed" or "very pretty" are the biggest targets of harassment. Boys who do not comply with the ideals of hegemonic masculinity are next, followed by girls who are "not pretty." This tragic double-bind means girls lose either way.

Although we talk a lot about the "backstabbing mean girls" bullying trope, much of the harassment female teenagers experience comes from boys. Holly Kearl, the co-author of this study, told Gordon that sexual harassment is "about power and control and they are in a position of power in the school. Girls usually don't really harass men or boys. Everyone's just harassing the girls."

Jules Spector, a 14-year-old at Poly Prep Country Day School in New York City and the founder of the blog Teen Feminist, has witnessed this type of harassment first-hand. Spector moderates her grade's Facebook page and has had to delete obscene language regularly, language that's "always geared toward the girls." And while Spector discusses this gendered harassment with her friends, she said she doesn't feel like she has much official recourse.

"It's an issue that happens much more than people talk about," she told Mic.

Without the resources to properly deal with gendered abuse, some girls feel trapped. As in the cases of Todd and Parsons, some end up changing schools. But that usually doesn't mean the harassment stops. In fact, it can get worse:

So what, if anything, is the answer? More severe punishment might help, but online safety activist and expert Soraya Chemaly said legislation will only partially solve the problem.

"It seems particularly unfair to people to 'blame' boys for 'mistakes,' particularly in circumstances where, culturally, blaming the victim is traditional," she told Mic. "In reality though, what we are talking about isn't the result of mistakes at all. It's the result of a culture of pervasive male sexual entitlement that begins in early childhood. Condemning boys therefore becomes, in reality, condemning the adults around them and having to consider complicity."

After Parsons' rapists failed to be held accountable in the court of law last year, Parsons' mother said "the justice system failed her." Her statement this time around reads "there was no justice in the courtroom."

Clearly, society is still grappling with how to achieve justice for victims in the modern era. While some may downplay its effects, online harassment does matter — just ask Leah Parsons. How many more mothers will have to watch those responsible for their daughters' deaths walk out of court free men? How many more young women and girls will have to suffer before society takes their pain seriously?

Her name was Rehtaeh Parsons, let's make sure she didn't die in vain.