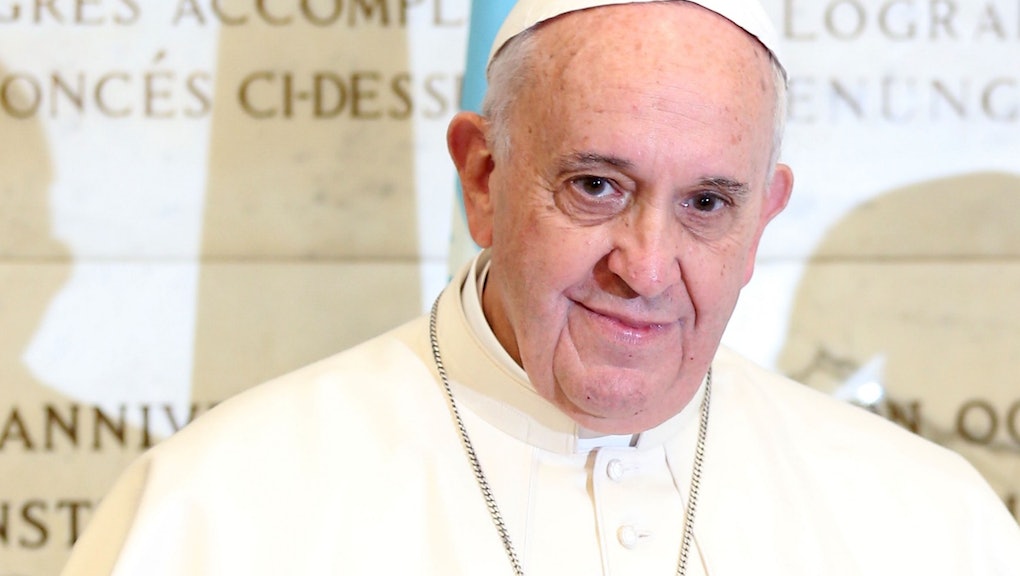 The news: Pope Francis is having a garage sale.

Everyone's favorite pontiff is raffling off 13 gifts and 30 "unspecified consolation prizes" given to the Vatican in an effort to raise money for the poor. Items on the auction block include a designer Homero Ortega brand hat, a Fiat Panda (it has four-wheel drive!) and an espresso machine.

Why it matters: Since Pope Francis is ushering in one of the most radical regime changes the Catholic Church has ever seen, it's not surprising he's not following in his predecessors' footsteps.

Previously, gifts to popes were quietly passed off to churches or on mission trips. But as Reuters notes, Pope Francis has made concern for the poor "one of the hallmarks of his papacy." A change in how the Vatican handles gifts is likely designed to reinforce this message.

The Vatican announced last week it's adding three showers in St. Peter's Square to accommodate the homeless. The action was prompted by a homeless person telling a top Vatican official that although Rome does a good job of feeding them, providing facilities where they could stay clean was "more difficult."

The pope's warmth and generosity are in a stark contrast to how other cities treat the homeless. Laws practically prohibiting homelessness exist in more than 60 U.S. cities; at the most extreme level of heartlessness, a London apartment building installed "anti-homless spikes" to deter people from sleeping there.

With the holidays approaching, it's heartening to see Pope Francis continue his crusade for helping out the poor. We could all learn from watching him in action.