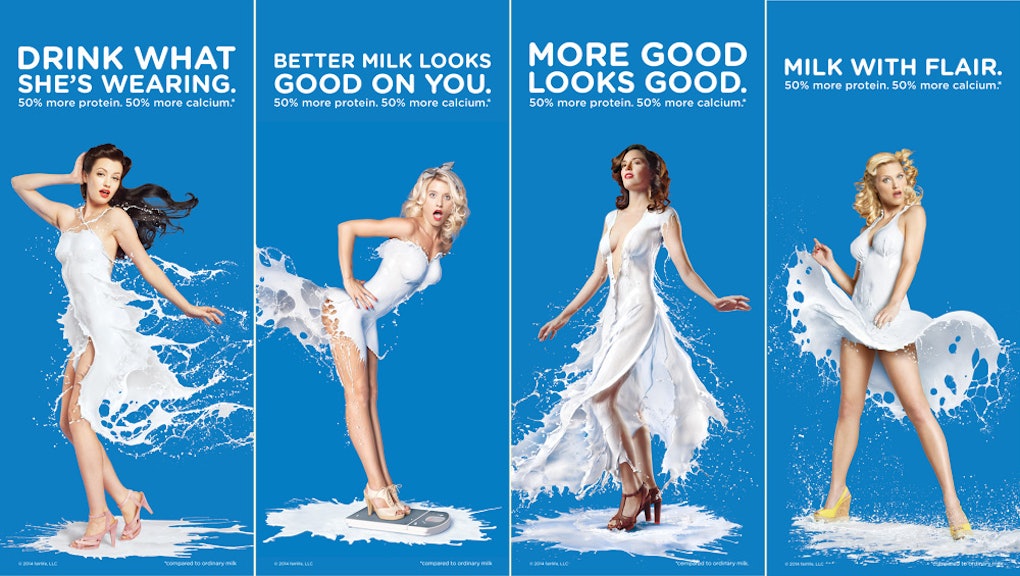 Coca-Cola Has Invented a New Kind of Milk, and We Don’t Really Know What’s in It

Dozens of varieties of milk now line store shelves, and yet Coca-Cola has, amazingly, come up with a new one.

The soda stalwart is rolling out Fairlife, an amped-up version of milk set to hit stores next month. What makes the new drink so special? Compared to regular milk, Fairlife packs 50% more protein and calcium and 30% less sugar, and it doesn't have lactose, according to Business Insider. It comes in choices of skim, 2% and chocolate.

"It's basically the premiumisation of milk," Coca-Cola executive Sandy Douglas told an investor conference last week, coining what seems to be a new word for "more expensive." Douglas told attendees that Fairlife will eventually "rain money" for the company.

Details are scarce about how the magic milk is made. Coca-Cola said it has created a "proprietary milk filtering process" in conjunction with a network of dairy farms to create Fairlife. Early sales in test cities were "amazing," Douglas said.

But do we really need another milk alternative?

If we can be sold on a more nutritious alternative, we just might. With Fairlife, Douglas admitted that Coca-Cola is hoping to strike gold twice. The Atlanta-based company found success with Simply Orange, a chemically enhanced version of orange juice that has garnered criticism — and lawsuits — about what's in it.

Customers don't seem to mind, because the orange juice brand's sales rose double-digits last year, registering more than $1 billion in profits. "Our ambition there is to create the Simply [Orange] of milk," Douglas declared.

Still, copying-and-pasting Simply Orange's playbook into milk isn't a sure thing. Despite the ubiquity of milk alternatives like almond milk, sales of regular "fluid milk" have been on the decline for years. According to data from the Department of Agriculture, milk intake has dropped drastically among all age groups, especially among young people.

Take a look at this graph compiled by the USDA:

Quartz reports that between 1977 and 2007, the number of young people and adults who "didn't drink any milk in a given day rose from 41% to 54%." On the other hand, sales of lactose-free alternatives, like Lactaid, almond milk and others, have doubled between 2007 and 2012 — a market Coca-Cola is obviously targeting, since Fairlife doesn't contain lactose.

It might have a hard time stealing the spotlight from the coolest kid in the alt-milk world, almond milk. But if anyone can edge its way in, it's probably Coca-Cola.

Mic has reached out to Coca-Cola for comment about Fairlife's ingredients and has yet to hear back.