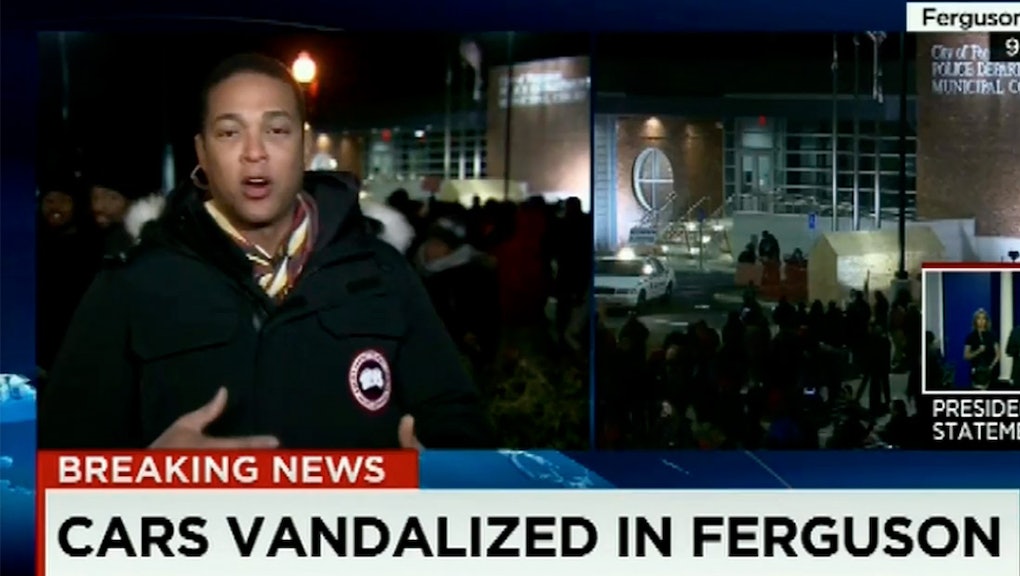 One Video Shows Exactly What Was Wrong With CNN's Ferguson Coverage

Don Lemon, can you not?

Following the grand jury's decision not to indict Officer Darren Wilson, the CNN anchor made a less-than-stellar attempt to describe the protesters in Ferguson, Missouri, that only solidified his status as the network's biggest embarrassment.

During a live shot, Lemon said, "Obviously, there's the smell of marijuana in the air as well."

In Lemon's world, if there's a crowd of black protesters, "obviously" the scent of marijuana is going to fill the air. We're guessing that Lemon's gas mask was used to protect him from the tear gas and the weed.

Between being hit by rocks and getting tear gassed live on air, it was a rough night for CNN's reporters. But apparently it was rougher for Lemon, who couldn't say something not stupid.

This dude summed it up for all of us: