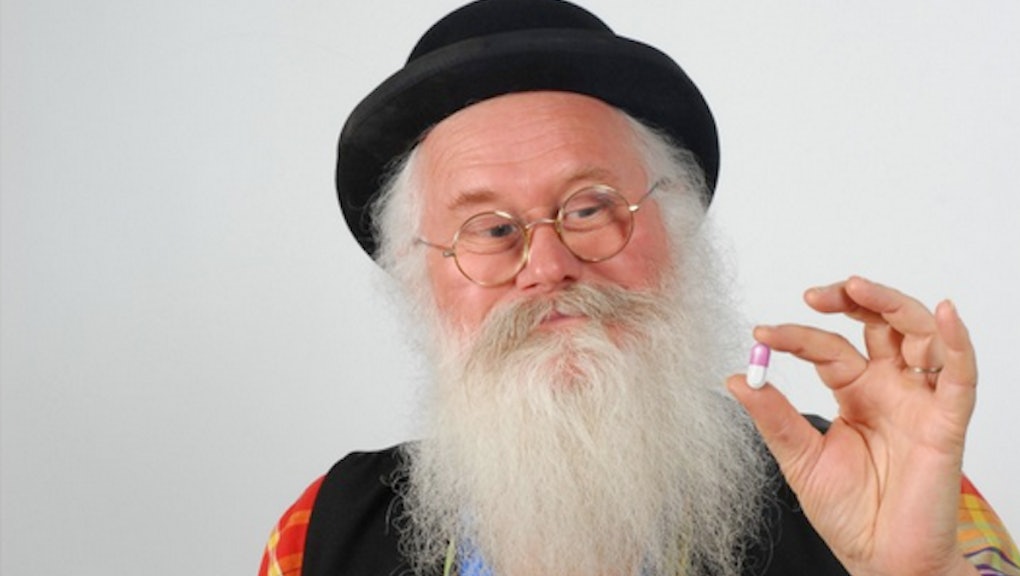 These Pills Will Do Something Wonderful to Your Farts

After forking down a pound of turkey, a pile of sweet potatoes, a helping of green been casserole, a slice of pumpkin pie and (obviously) a bottle of wine, your stomach rivals a poisonous garbage dumpster that's on the verge of exploding with vicious flatulence capable of knocking out a 150 pound dog.

But those days might be over, thanks to 65-year-old French inventor Christian Poincheval and his newly developed pill that makes farts smell like chocolate. Poincheval, who looks distinctly like a relative of Santa Claus, told the Telegraph he created it because his post-feast farts almost took his family's lives. "Our farts were so smelly we were nearly suffocated," he said, speaking for everyone. "Something had to be done."

How it works: So, using "natural ingredients" such as vegetable coal, seaweed, fennel and blueberries, Poincheval created the pill to mask a fart's typical less-than-pleasant smell with something more agreeable, like chocolate or flowers. But on top of masking the stench, he says the pills can also cut down on a person's overall bloating and gas — something everyone will be thrilled about.

"When we were vegetarian we noticed that our gas smelt like vegetables, like the odor from a cow pat, but when we started eating meat, the smell of the flatulence became much disagreeable," Poincheval told the Local, an English-language French outlet. "It's a nice present for the festive season," he said. "There will be a real need for these pills over Christmas."

Perfect for the season: While Poincheval is prepping for Christmas, you can probably guess these would have come in hand during the Thanksgiving break as well. Either way, Poincheval says the holidays are when he sees the biggest explosion in sales. "Some buy them because they have problems with flatulence and some buy them as a joke to send to their friends," he told the Telegraph.

Although it's too late for Thanksgiving, order them now for Christmas. A jar of 60 capsules sells for $12.50 on his website. With an affordable price like that, your stomach and family will give thanks to you everyday.