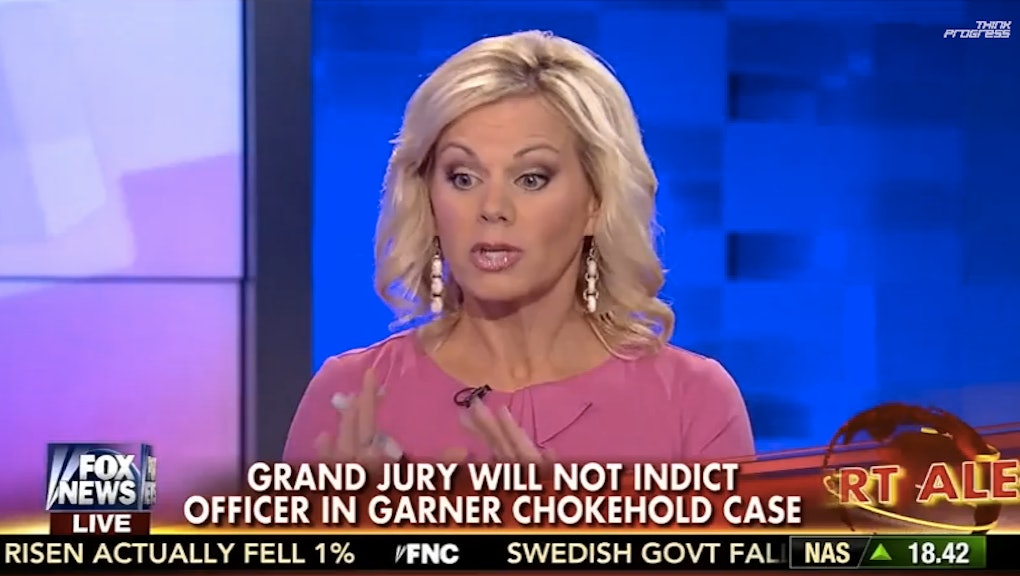 A New York grand jury decided Wednesday not to indict an officer for choking to death Eric Garner. But Fox News anchor Gretchen Carlson made it clear she had much more pressing issues on her mind.

No, the host wasn't bothered by the fact that a father had lost his life or, for a second time in 10 days, that a white police officer would be getting off scot-free for killing an unarmed black man. Rather, Carlson was very concerned about protesters ruining the New York Christmas tree lighting ceremony slated to take place on Wednesday night.

While there have already been several egregiously tone-deaf reactions to the decision — Rep. Peter King's Facebook post ranks high among them — the reaction of the Fox News host speaks to a deeper problem. In fact, one would be hard-pressed to find a better example of the ways white privilege informs the everyday decisions of clueless Americans.

While Carlson "certainly hopes" nothing will happen to ruin her precious tree-lighting ceremony, it's a glaring reminder of what some might view as a tale of two cities. A white, well-to-do woman, Carlson likely has never in her life had to deal with what black and other minority Americans deal with on a daily basis, such as feeling like she is treated differently by a justice system tainted by years of entrenched racial prejudice or by a police force that too often appears to treat citizens differently depending on the color of their skin.

On a day when thousands mourn the death of an unarmed man, she is concerned about protesters ruining a meaningless, completely ceremonial event. This is not an issue of black versus white — you don't need to be black to understand the pain felt by Garner's family or by a black community tired of feeling like their lives are somehow worth less. This isn't about skin color — this is about empathy.

Indeed, people of all backgrounds and ethnicities will take to the streets Wednesday across the city in planned protests to demand justice. Not because they want to, but because they feel that they have to.

We'll take a guess and say that Carlson won't be one of them.