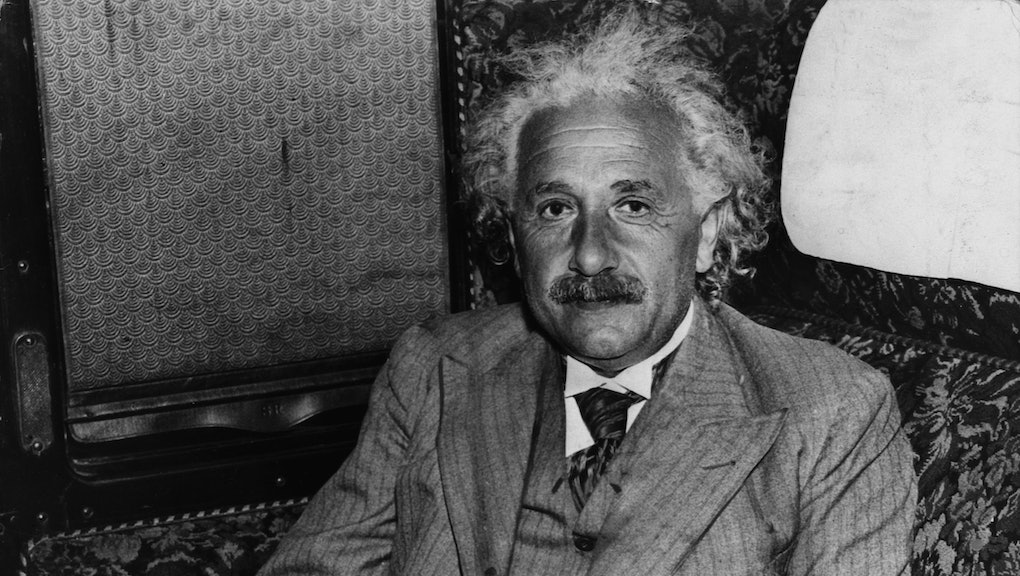 5,000 of Einstein's Documents Are Now Just One Click Away

If you've ever wanted to see the work of a staggering genius up close, now is your chance.

Princeton University's Digital Einstein archive went live Friday, bringing with it easy access to roughly 5,000 documents from Albert Einstein's life. The collection includes letters, report cards, papers, postcards, notebooks and diaries, covering everything from the theoretical physicist's marriages and children to his famous E=mc2 equation. Visitors will be able to switch between German and English translations.

The entire collection includes more than 88,000 documents, though just a fraction of those are currently available online. These documents are the digitized versions of the contents of the Collected Papers of Albert Einstein, a 13-volume print collection covering Einstein's life until 1923, when he was 44. The collection will eventually contain 30 volumes.

"We want to make everything accessible to a much wider audience than just the scholars, historians, physicists and philosophers," Diana Kormos-Buchwald, director of the Einstein Papers Project, told the Guardian. "It's been a challenge to get all the material online, but I'm extremely thrilled that we have succeeded."

The documents provide a unique view of Einstein's transformation from a decidedly average student to one of the world's greatest intellects. In a French essay written at the age of 17, he noted that "young people especially like to contemplate bold projects." He predicted that he would likely go on to teach the theoretical sciences, given his "inclination for abstract and mathematical thinking ... and lack or practical sense."

Just three years later, he seemed to have developed quite the confident streak: He told his sister Maja, "If everybody lived a life like mine, there would be no need for novels."

Besides personal correspondences — including his delight over the birth of his first child, Lieserl — the papers also include the work that made Einstein into a household name, like the telegraph that notified him of his 1921 Nobel Prize in physics for the photoelectric effect.

"Einstein was never the isolated scientist in the attic with a pen and paper, that image that seems to persist. He had a huge network of friends, colleagues and collaborators," Kormos-Buchwald told the Guardian.

More interesting, the documents also reveal that Einstein considered his meteoric rise to fame — due largely to the 1915 paper detailing his theory of relativity — as a burden. "Worshipped today, scorned or even crucified tomorrow, that is the fate of people whom — God knows why — the bored public has taken possession of," he wrote to a friend in June 1922.

Above all else, however, the collection is a testament to more than just his genius — it's also proof of how hard he worked. "What I'm impressed with most is how hard working he is. Inspiration is a very small component. He works very hard all day and every day," Kormos-Buchwald said.

Keep at it, everyone. You may just end up like Einstein one day.