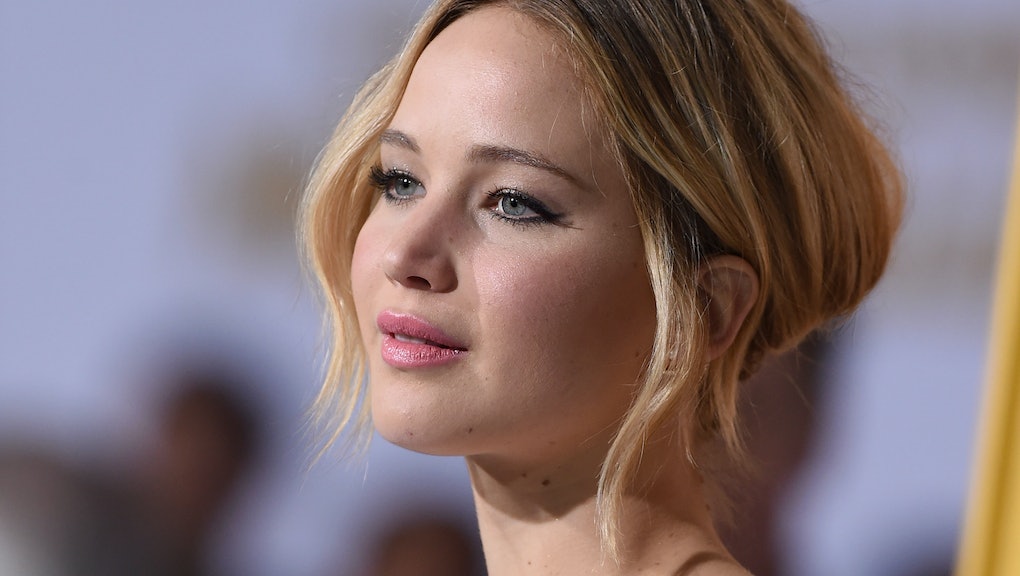 A university in Glasgow just received a first-rate education in why victim blaming is so terrible.

The University of Strathclyde thought it would be smart to use Jennifer Lawrence as a way to educate its students about cyber security. By presumably trying to engage its students with a mention of the starlet, one of 100 female celebrities targeted in early September in the infamous photo hack, the university implied that Lawrence herself, and not the hackers who committed a sexual offense, was to blame for the hacking of her Apple iCloud account.

And what could she have done to prevent it? Used a strong password.

As the Independent reports, students were quick to point out the university's insensitivity. "Pretty shocking victim-blaming here. Will you take it down?" one asked on Twitter. Another person blasted the school, saying that what happened to the Hunger Games star "was a violation of her rights ... not a joke."

The university quickly realized its faux pas and is taking the posters down. In a statement provided to a Mic, a school spokesman admitted the posters were in "bad taste," adding the "sentiment expressed is not consistent with the values of this university."

Uh, yeah, we hope that one their sentiments isn't to promote victim-blaming. As Lawrence said so gracefully in October, she's free to do whatever she wants with her body and shouldn't feel ashamed about it.

"It is not a scandal. It is a sex crime. It is a sexual violation. It's disgusting. The law needs to be changed, and we need to change," she told Vanity Fair. "Just because I'm a public figure, just because I'm an actress, does not mean that I asked for this."

Unfortunately, that stigma isn't going to change unless these "jokes" stop.