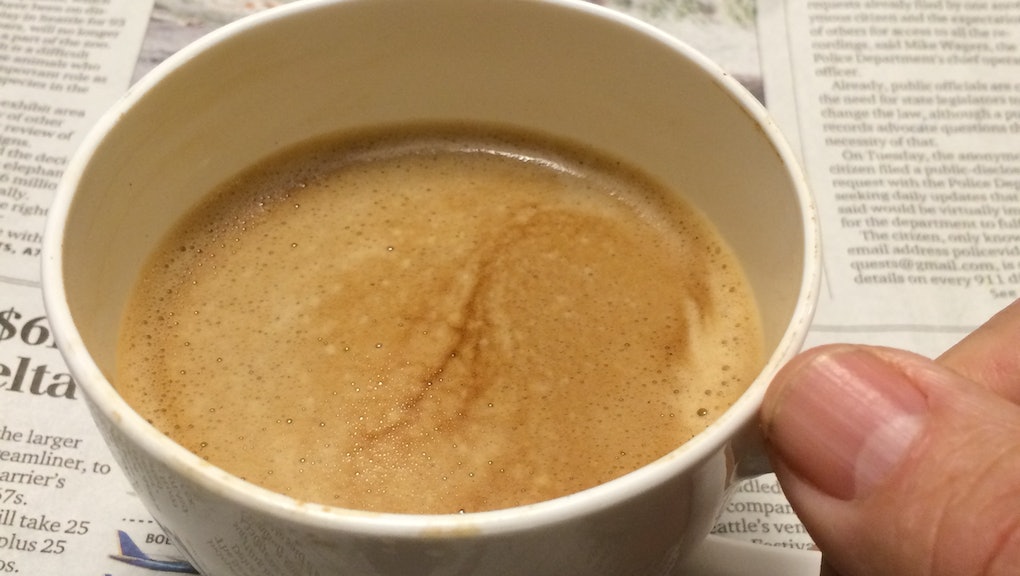 There's nothing more awkward than going to a cafe in a foreign city and struggling over the menu until you surrender and just keeping pointing at the espresso machines in the hopes of getting something hot, caffienated and drinkable.

Confused travelers forced to deal with the daunting task of understanding the difference between a cafe au lait and a cafe bombon may finally have their caffeine cravings sated without resorting to pantomime. Cheapflights, a British-based travel website, has compiled a list of 31 popular drinks from two dozen countries. Finally, you can expand your coffee vocabulary beyond murmuring "Americano."

Ah, America, where you say "coffee" at any of the country's six million coffee shops to get exactly that. The website claims these are some popular drinks too, but we have yet to hear someone order the "Gibraltar."

Italy is home to the largest number of coffee bars per capita in Europe, so it's smart to brush up on the lingo if you're heading there. In the north, espressos are served with more milk, while the south serves a less creamy, more pungent version. The most exotic espresso is the Espresso Romano, which is served with a slice of lime. Yum?

Germany's take on coffee looks it came from a rejected board meeting at Baskin-Robbins. Just look at the Eiskafee. It's part coffee, with two scoops of ice scream, followed by a dollop of whipped cream and topped with chocolate chips. That puts our soggy frappuccinos to shame.

The tastiest option comes from Spain, which is home to the Cafe con Miel. It's a mixture of espresso, honey, steamed milk and drizzling of cinnamon. That'll wake you up if the plate of churros didn't do it.

Don't knock the flat white until you've tried it. Australians and New Zealanders love this creamy mix of foam, steamed milk and espresso as a less bitter alternative to a straight-up shot of espresso.

Whiskey plus coffee plus whipped heavy cream plus sugar is the Irish equation for a smile. The Irish Coffee consists of all those wonderful things, so just play it safe and order that. It'll be hard not to be happy.

If you're in Portugal and up for an adventure, order a mazagran: a groovy concoction of water, espresso and lemon juice.

The most specific-sounding coffee drink is the ca phe sua da from Vietman. It takes a very carefully measured amount of boiling water, just two tablespoons of condenses milk and an exact 15 grams of ground coffee to get right.

All of these countries have their own spin on coffee, but were most interested in the Turkish king. A tablespoon of coffee and a cup of water is topped with a cardamom pod, a type of Indian spice that's loaded with health benefits. Maybe they've figure out the way to have the best of both worlds.

In Hong Kong, the yuanyang mixes both black tea and coffee for the ultimate caffeine boost. That sounds like a bit too much, but Mexico's cafe de olla sounds delicious with its mix of cinnamon, water and coffee.