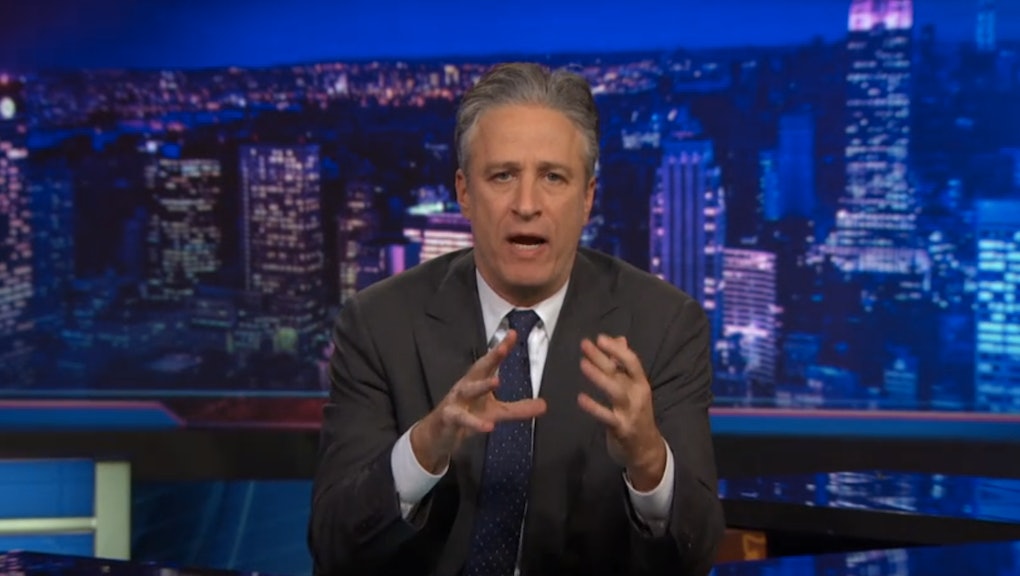 "That's the most ridiculous thing I have ever heard."

On Wednesday's Daily Show, Stewart tore into Tantaros' argument about America's awesomeness: "First of all, this administration doesn't want us to have this discussion. And also, that's the most ridiculous thing I have ever heard."

He then played a clip of "our national anthem," the Lego Movie's "Everything Is Awesome." "I'm pretty sure that's supposed to be ironic," Stewart snapped back.

"Jon, it is not fair to hold us to an impossible standard like 'never torture,'" Minhaj said, using air quotes around "torture." "Sometimes you just gotta torture!"

Stewart pointed to United Nation conventions barring torture under any circumstances as a violation of human dignity and decency.

"We sign tons of shit," Minhaj said and pointed toward the Declaration of Independence quote of "all men are created equal" while the U.S. had slaves. "That was pretty awesome."

"This is why we have to talk about these issues even if they make us uncomfortable," replied Stewart.