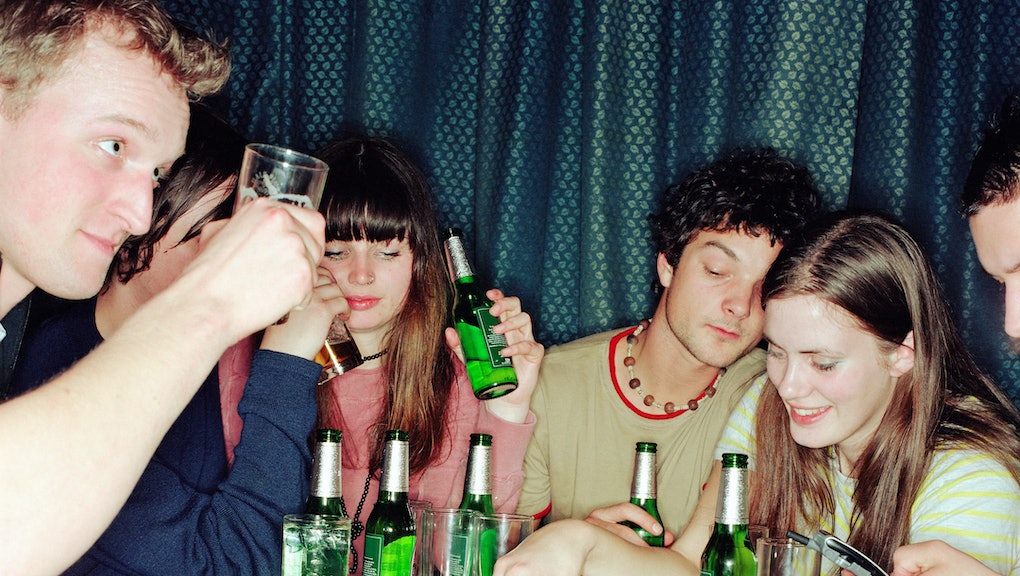 Facebook is developing a tool to stamp out one of the worst faux pas of the social media era: drunken posting.

Although it won't strip your News Feed of engagement and baby pictures, the social network is developing the next best thing — a "digital assistant" that scans users' faces and judges if they're drunk so they won't upload potentially embarrassing photos or messages, thus salvaging whatever dignity that's left after a night of debauchery.

So if you have a friend — or a "friend" — who can't seem to stop posting on his ex's wall or writing gibberish after one too many bourbons, or maybe you're just worried about your weekend antics getting back to your boss, Facebook's got you covered.

How it works: The technology for this tool, a form of artificial intelligence called "deep learning," is already in place. It's the same system Facebook uses to constantly track your behavior so it can serve ads and stories related to your interest and identifies faces in photos.

The artificial intelligence is being used to understand people's Facebook data in more comprehensive ways, perhaps to "guide you in directions you may not go on your own," writes Wired. Yann LeCun, the man in charge of Facebook's Artificial Intelligence Research lab, told Wired he envisions the assistant will see the photo and caution that it's probably best kept private.

"In a virtual way ... his assistant would tap you on the shoulder and say: 'Uh, this is being posted publicly. Are you sure you want your boss and your mother to see this?'" Wired wrote.

Unfortunately, there's no timeframe of when, or even if, the tool will appear on Facebook.

The technology is not without controversy. While the idea of a digital assistant keeping us from drunkenly posting to Facebook and ruining our lives seems great, some users are anxious about snooping by an unseen algorithm.

This has been an ongoing problem for Facebook since its inception. Facebook caught flack from its users last year when it revealed they could use their photos in ads on the social network. It gave users the option to opt out if they didn't want to be used as a digital billboard.

In true Facebook fashion, however, LeCun is spinning their AI developments in a positive way.

He told Wired the face database could also be used to notify users if someone is posting a photo of them on Facebook without their approval. "You will have a single point of contact to mediate your interaction but also to protect your private information," he said.

Why it matters: It's encouraging to see Facebook develop something that isn't for advertising or marketing purposes. After all, those drunk selfies and embarrassing photos that fill our timelines aren't just examples of embarrassing behavior — they can potentially get you fired if your boss (or potential employer) sees one too many whiskey-fueled party posts.

Of course, there's plenty of room for error: