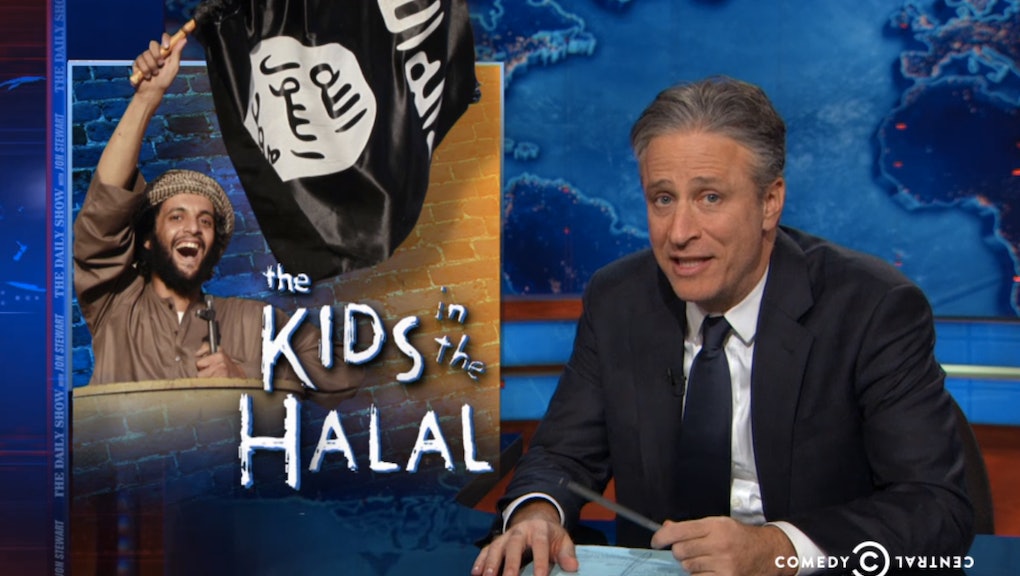 Millennials are lazy, feckless and can't be bothered to do anything — and that means they're perfect for destroying the Islamic State.

That's Jon Stewart's theory, at least. On Thursday's Daily Show, Stewart invoked every tired stereotype of "the kids" to argue that millennials are the perfect people to crush the menacing terrorist organization. One IS recruiting tactic is luring teens to fight for them, a strategy that doesn't work in their favor because kids are just the worst.

"Millennials," Stewart scowls. "That's right, millennials have been Trojan-horsed into the War on Terror. Wait until these brutal fundamentalists of ISIS get a taste of the entitlement generation."

He pointed to several teens who complained about their duties, including one volunteer named Majeed who was pissed he had to clean toilets. Other disaffected youth whined about IS' lack of benefits, like health insurance.

"Sorry, ISIS. Kids don't clean, they don't fight and they don't stay on their parents health care plans," Stewart said, and then laughed before a light bulb triggered. "We just beat ISIS, and we didn't even realize it."

Stewart showed a clip of a kid whose priorities were straight: He wanted to go back home because his iPod broke.

"The people ISIS is recruiting will do anything to advance the cause of establishing an eternal Islamist caliphate — unless their iPods break," Stewart smirks.

"It's not witnessing a brutality firsthand that's putting a wedge between them and jihad," closes Stewart. "It's they can't listen to Taylor Swift's new album. I feel bad for them — it's genre smashing."