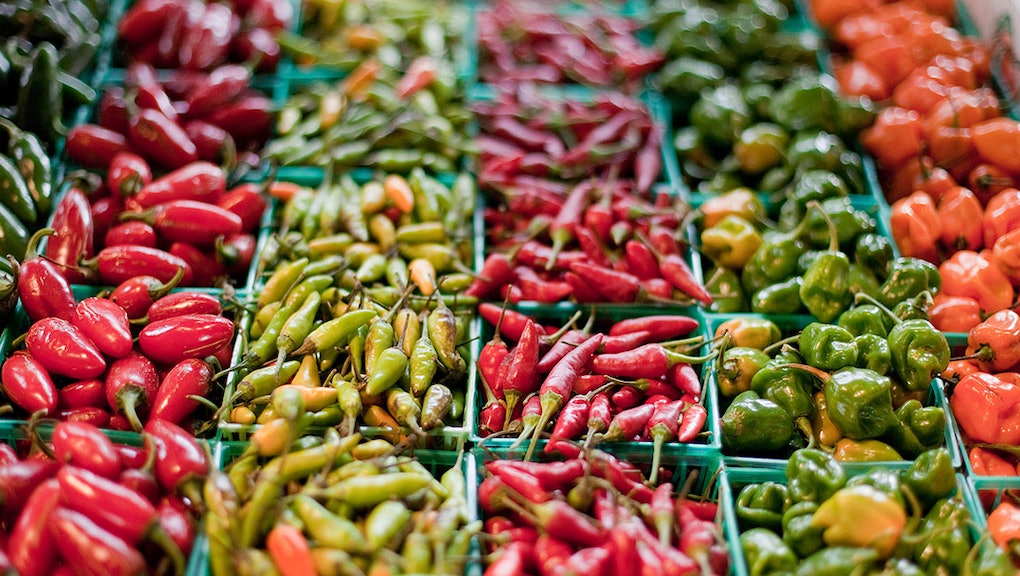 Science Shows Something Surprising About Men Who Like Spicy Foods

Besides the pronounced scruff and brash personality, for the new leading indicator that you're dealing with an "alpha" male, check his tendency to douse his foods in spicy sauces.

Researchers at the University of Grenoble in France have discovered that men who enjoy eating spicy food actually have higher levels of testosterone. The study, appropriately titled "Some Like It Hot," suggests that regularly eating chili peppers could raise levels of the hormone, which leads to an increase of "manly" characteristics.

"Greater quantities of testosterone are linked to characteristics that define the typical 'alpha' male, such as aggression, recklessness and a high sex drive," the Independent reports.

The study: Scientists asked 114 men between the ages of 18 and 44 if they like spicy food. They were then served a dish of mashed potatoes and were allowed to season it with as much hot sauce and salt as they liked.

After that, researchers took saliva samples and found that the men who loaded their mashed potatoes with hot sauce had higher levels of testosterone. The researchers, however, didn't find a correlation between the amount of salt eaten and the hormone.

What it means: Men crave testosterone because the hormone drives them to seek new thrills and risky experiences.

"These results are in line with a lot of research showing a link between testosterone and financial, sexual and behavioral risk-taking," study author Laurent Begue told theTelegraph. "In this case, it applies to risk-taking in taste. It is also possible that the regular consumption of spicy food contributes to increasing testosterone levels, although so far this has only been demonstrated on rodents."

With that in mind, Quartz noted it's "hard to draw conclusions" about the spicy food and testosterone connection because it could be twofold. The first link could be biological, referring to a recent study where mice injected with a chemical that makes food hot registered higher hormone levels than those who weren't.

Another reason could be cultural. Some societies associate spiciness with masculinity, so in order to prove their alpha-ness, men might feel pressure to consume a lot of spicy food to prove they're worthy. If that's true, this study further proves last week's study that men are actually stupid if they think a curry-eating contest is in their best interest.