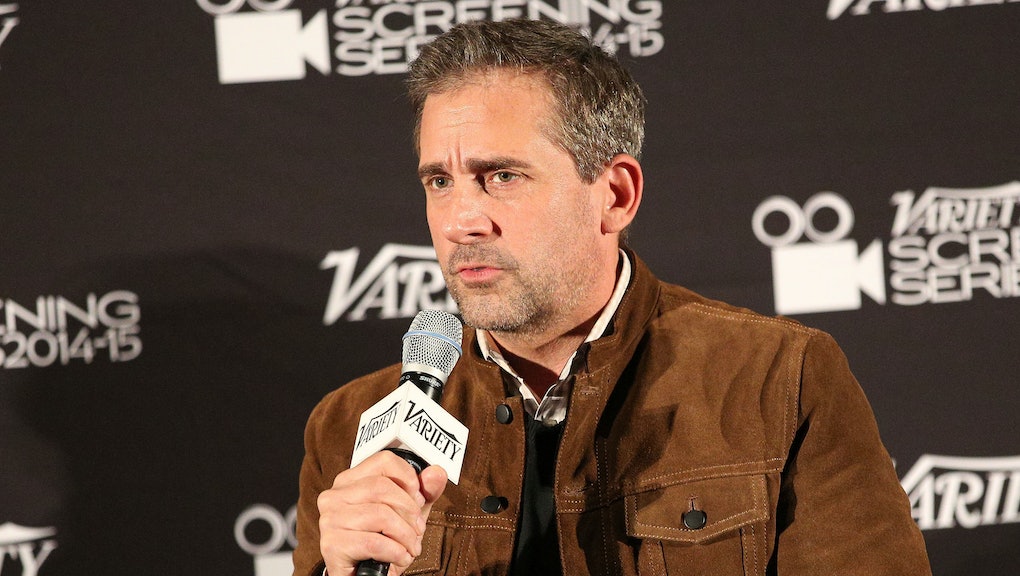 There will never be a movie about North Korea ever again.

Production company New Regency has scrapped a movie about the country starring Steve Carrell, Deadline reports. Filming was slated to begin in March with Pirates of the Caribbean director Gore Verbinski set to lead the project. The paranoid thriller, called Pyongyang, was apparently too risky for New Regency to move forward with "under the current circumstances."

The cancellation highlights heightened anxiety throughout Hollywood after a massive North Korea-linked data breach all but destroyed Sony Pictures and forced the studio to cancel the release of The Interview.

The movie: Judging by the film's premise, New Regency has good reason to be worried. Unlike The Interview, an alleged comedy, Pyongyang has been described as a gritty drama based on a graphic novel about a Westerner's experience working in North Korea for a year. Here's a description of the book from Amazon:

In early 2001, cartoonist Guy Delisle became one of the few Westerners to be allowed access to the fortress-like country. While living in the nation's capital for two months on a work visa for a French film animation company, Delisle observed what he was allowed to see of the culture and lives of the few North Koreans he encountered; his findings form the basis of this remarkable graphic novel. 'Pyongyang' is an informative, personal and accessible look at a dangerous and enigmatic country.

"Better safe than sorry" appears to be New Regency's mantra, for good reason: Studios are now operating under a state of fear following the disastrous roll-out of The Interview.

The problem: Hackers "centrally involved" with North Korea, per the New York Times, rocked Hollywood with a massive cyberattack that it has never seen before. Reaction from celebrities were swift and strong following Sony's decision. The 40-Year-Old Virgin director Judd Apatow called the move "disgraceful," while comedian Patton Oswalt compared the action to "censorship."  Even Steve Carell shared his disappointment.

But with Sony setting a dangerous precedent, other studios are likely to follow its lead. No one wants to deal with a similar privacy breach and public relations nightmare.