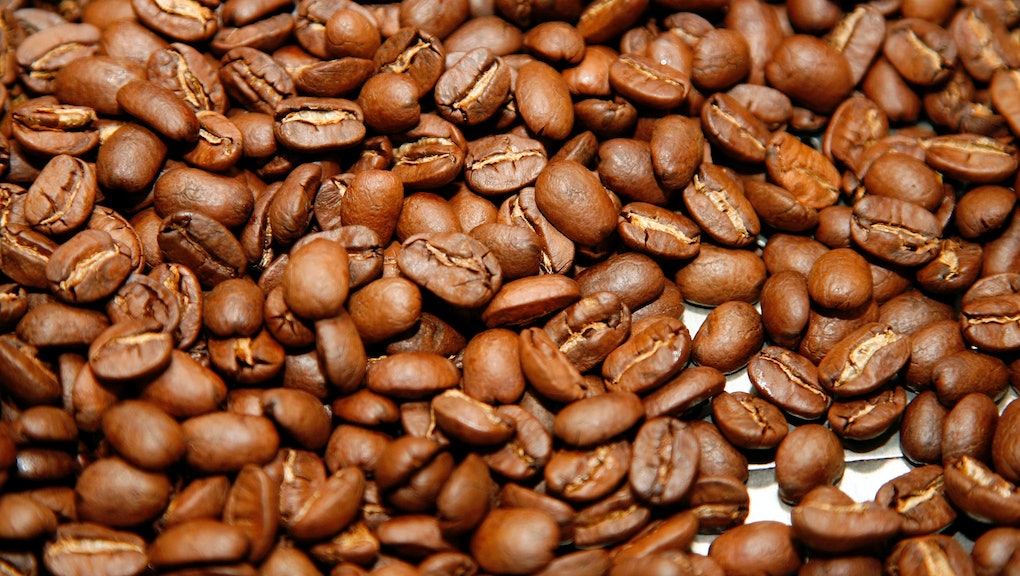 By 2050, half of the land needed for coffee production could disappear.

That's dire warning from scientists who say climate change is wreaking havoc on coffee. German scientists surveyed the land where two of the most popular beans, Arabica and Robusta, are grown and predicted that global warming "would affect coffee growth." Their model, which examines how climate change will shape temperature and precipitation in the the world's coffee-growing regions, should give every coffee lover anxiety: The world's coffee supply could be in trouble within our lifetime.

The study: Researchers examined the regions where coffee is most common grown, which are countries around the equator, and used climate models to predict what those climates would look like by 2050. The results weren't favorable to the 100 million people who work in the coffee-producing industry: With humans only making negligible progress in reducing carbon dioxide emissions, the land where coffee beans are suitable for growth could decrease dramatically by 50%.

The study showed major changes in suitability for the current dominant coffee production regions in Latin America, Brazil, Asia and East Africa. First published in the journal Climate Change, the study said: "The world's dominant production regions in Brazil and Vietnam may experience substantial reductions in area available for coffee. Some regions in East Africa and Asia may become more suitable, but these are partially in forested areas, which could pose a challenge to mitigation efforts."

The map below shows that areas like Brazil, Africa and Vietnam are most susceptible to those "substantial reductions" in suitable land for coffee growth. "Impacts are highest at low latitudes and low altitudes," the Climatic Change report warns. "Impacts at higher altitudes and higher latitudes are still negative but less pronounced."

What it means: The warming climate means bad news for the two beans. Robusta beans, which accounts for 30% of the world's beans, hold up better against the heat but not cooler temperatures, like its higher-quality counterpart Arabica beans.

"If the economics are favorable enough, some coffee production could potentially shift to higher altitudes or latitudes," writes Science Magazine. "But some additional land would need to be deforested; that wouldn't be good for the climate, because trees suck out CO2 from the air."

We're already starting to feel the impact of environmental factors on the world coffee market. Coffee prices have been fluctuating all year, primarily spurred on by drought and a fungal outbreak that have devastated supplies in coffee-growing regions around the world. Researchers say these severe weather patterns and outbreaks are only going to increase as the effects of climate change wreak havoc on global agriculture.

"If things continue like this, maybe 50 years from now, we'll all be tea drinkers," Leo Lombardini, deputy director of World Coffee Research, told Fast Company. "I don't know if it'll happen that quickly. But it could be 100 years."

Due to an attribution error in the editing process, a previous version of this story cited the Climate Change study, but did not include quotations around the phrase: "The world's dominant production regions in Brazil and Vietnam may experience substantial reductions in area available for coffee. Some regions in East Africa and Asia may become more suitable, but these are partially in forested areas, which could pose a challenge to mitigation efforts." The article has been updated to fully attribute the study's language.