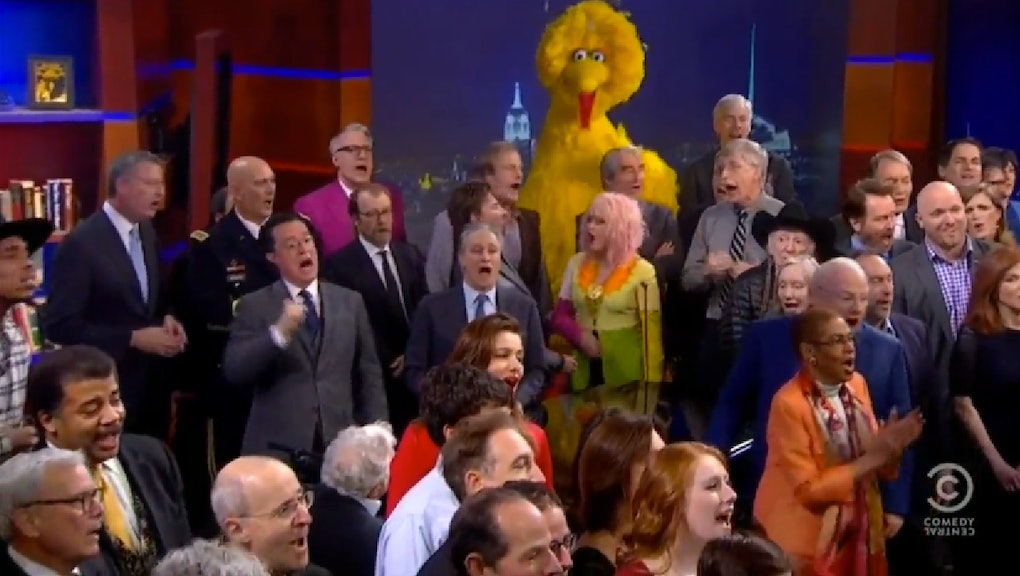 "Now, folks, if this is your first time tuning into The Colbert Report, I have some terrible news..."

Terrible, indeed. On Thursday night, Stephen Colbert's conservative comedic contortionist act signed off for the final time. For nine years, Colbert charmed the nation, and he got the goodbye he deserved — a star-studded, over-the-top sing-along that only he could gather.

For his final segment, Colbert was joined by Jon Stewart to start a rousing rendition of "We'll Meet Again," before trotting out a growing cadre of celebrities that kept getting bigger, bigger and bigger as the five-minute segment came to a close.

He's right: We will meet again. Although his right-wing blowhard act will be gone, we'll still get the man who brought us the truthiness the nation deserves. Colbert is expected to take over from David Letterman on The Late Show on CBS in September.