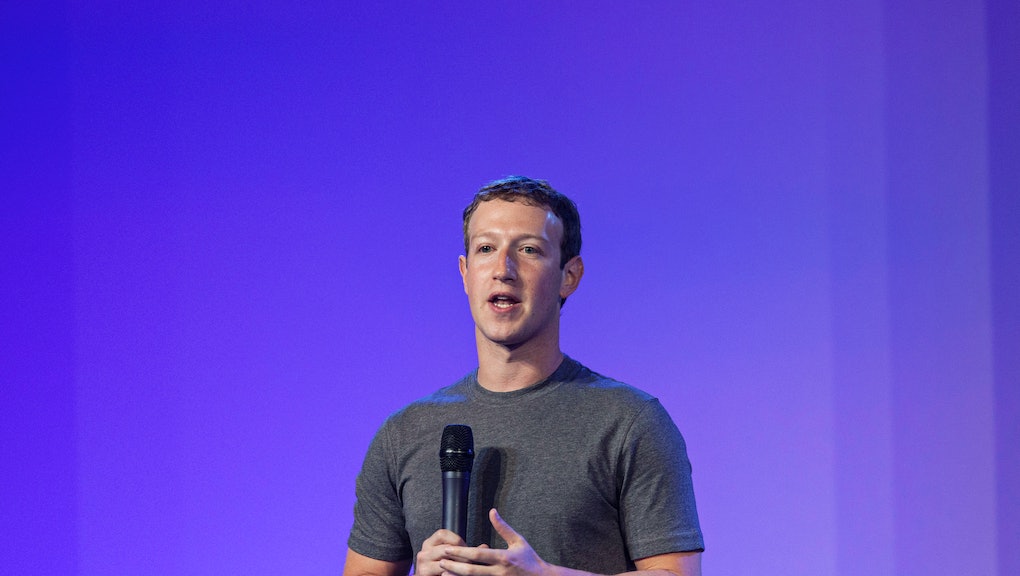 If there's a person who you don't want to compare your New Year's resolutions to, it's Mark Zuckerberg.

In the past, the Facebook CEO promised to learn Mandarin Chinese to better connect with his wife (he did), vowed to eat only meat that he's personally killed (that didn't last long) and even said he was going to become a better coder (results on that are unclear).

So instead of making another wild promise, he's leaving it up to his closest friends on Facebook — all 31 million of them.

Zuckerberg created a post asking users for ideas on next year's so-called personal challenge. "For background, every year I take on a challenge to broaden my perspective and learn something about the world beyond my work at Facebook," he explained.

The questions. Can't you just hear the trolls clawing their way out of the woodwork to stir up trouble for Zuck? Online polls and votes are notorious bait for Internet pranksters on Reddit, 4chan and other message boards. The best example of poll manipulation comes from 2007, when Reddit masterfully trolled a Greenpeace poll that asked users to name a whale that it tagged to help raise awareness of mass killings conducted by Japanese fisheries. Instead of an ancient sea god name being chosen, a staggering 73% of the votes went to "Mr. Splashy Pants," showing that Internet trolls will always win out.

The post, oddly enough, hasn't devolved into a troll-infested cesspool like some other public question-and-answer sessions have (at least, not yet). Some were apparently still bitter about the social network's decision to spin off Facebook Messenger into its own app, while others suggested that he should live on minimum wage for no conceivably good reason. But there were some positive suggestions as well: Users suggested that he open a center for mentoring women entrepreneurs at Facebook or improve the social network for users with special needs. He also politely pointed out his involvement with the "Giving Pledge," an initiative started by the world's richest people that promises to donate money to philanthropy.

What will he choose? Zuckerberg didn't say when he's going to choose the "personal challenge," and frankly, it doesn't sound like he's too impressed with anyone's suggestions. Then again, he might choose several of them. Honestly, who knows what's going on in that mind?

The most depressing part about this is that Zuckberg hasn't had the chance to show off his sassy side, like he did during a question about his Ebola fundraising efforts in October: