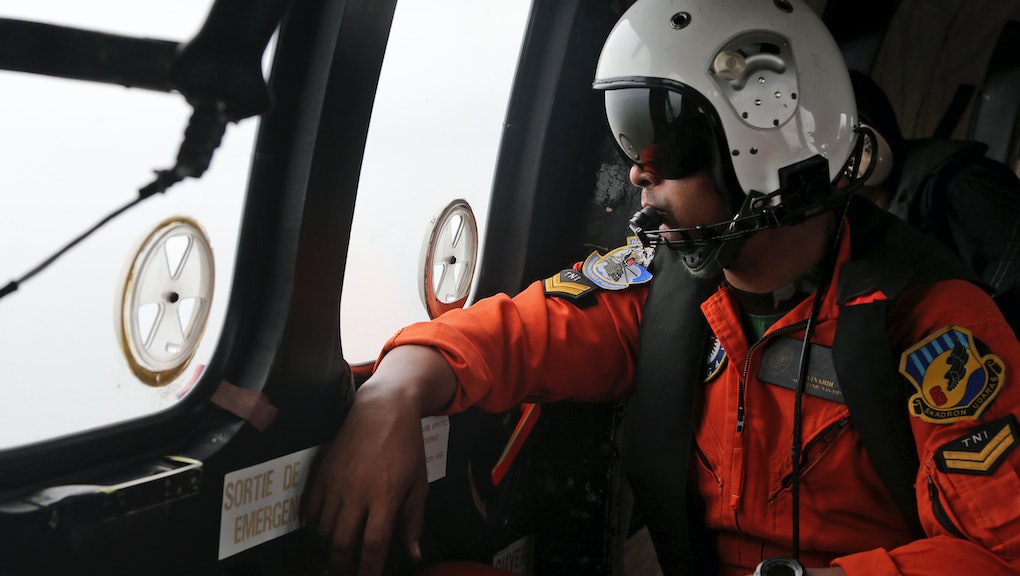 Indonesian officials announced Monday they may have located the tail of the doomed AirAsia flight, which contains the black box and other vital flight data recorders, more than a week after the jet plunged into the water midway through its Singapore-bound flight from the Indonesian city of Surabaya.

The retrieval of the plane's tail section could signal a major breakthrough in the multinational search effort because it will help investigators piece together what happened on the Airbus A320-200 during its final moments before dropping into the choppy Java Sea.

"We found what has a high probability of being the tail of the plane," Yayan Sofyan, captain of the patrol vessel that spotted the large object, told reporters.

Investigators, however, remained cautious about what the large object is.

"I am not saying it's the tail yet," the head of Indonesia's search and rescue agency, Fransiskus Bambang Soelistyo, told reporters at a press conference. "That is suspected. Now we are trying to confirm it."

The search continues: Search efforts are being hampered by rough weather in the region. News came out Sunday night that rescuers recovered four more bodies, bringing the count to 34 of the 162 people onboard.

The stormy conditions rescuers are battling now could have contributed to the crash of the AirAsia flight, investigators say. Storm clouds were present in the area where the plane last made contact with air traffic control on Dec. 28, according to meteorological data, and the aircraft had reportedly requested a route deviation because of rough weather before communication was lost.

Bloomberg News reports that the leading theory is that the plane flew into a storm cloud, which caused the engines to become "possibly affected by ice formation."

Per a report translated from Indonesian forecasters, the jet flew through clouds "similar to several previous incidents caused by weather conditions," with temperatures as low as -121 degrees Fahrenheit, cold enough to cause ice inside the clouds.

But that's just a theory, and only makes the recovery of the black boxes and cockpit voice recorders so much more important. Retrieving those items will help investigators see if ice played a role in the crash and "will also have to examine the availability of up-to-date weather reports to the cockpit, pilot behavior and the role of infrastructure, including air traffic control."