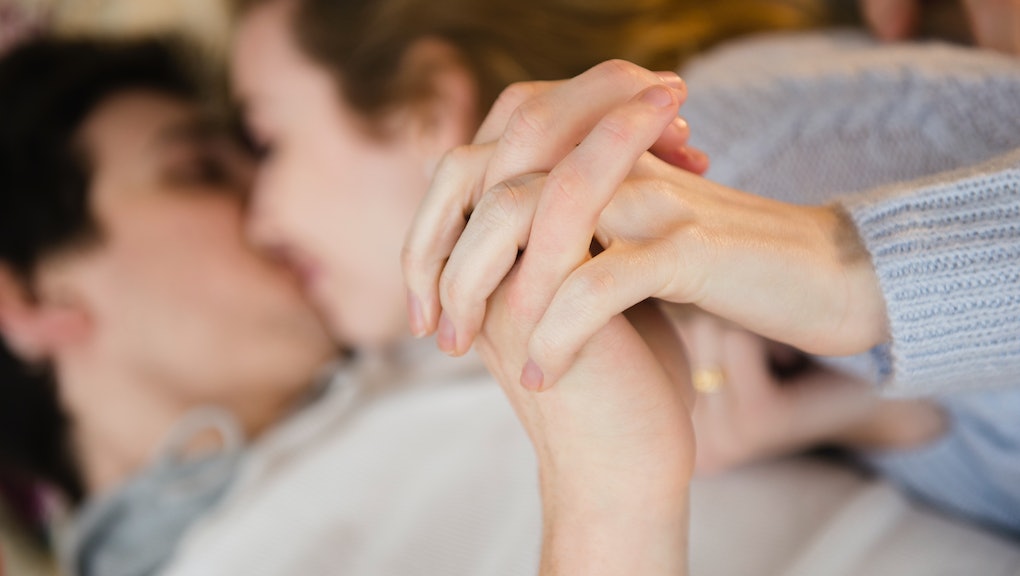 Living with a partner can be seriously challenging. Getting used to one another's habits, quirks and schedules can present a host of relationship issues. But with almost a quarter of unmarried young people cohabitating, not to mention millions of married people, finding a way to coexist is crucial.

Surprisingly, one of the most important things a cohabitating couple can do to mitigate their problems? Go to bed at the same time.

A 2010 study on the effect of sleep on 29 heterosexual couples found if a man reported having a good night's sleep, he would report less negative interaction the next day. Conversely, the fewer negative interactions a woman had with her partner during the day, the better both of their sleep efficiency would be.

On the other hand, women who go to bed earlier or later than their partners report lower relationship satisfaction, the study found.

The findings are in line with multiple past studies, which found associations between mismatched sleep schedules and conflict and strife between couples.

That's just one big reason going to bed at the same time makes a difference: One person's later bedtime or earlier wakeup time — not to mention the snoring, a covers' hog, tossing and turning — can disturb the other person's sleep.

That might lead some to one common sense, albeit old-school, solution: sleeping apart. And when couples discuss it and come to the decision together, that can be a viable option.

But by not sleeping together, you and your significant other may be losing out on the benefits of a shared sleep schedule, one of the biggest being touch. Studies suggest that physical touch between two humans releases oxytocin, the chemical that, among other things, helps us promote and maintain healthy relationships and bonding.

And closeness with your partner leads, in turn, to better sleep. There is "suggestive evidence that couples' emotional closeness and physical intimacy during the daytime and prior to bedtime may promote sleep." Yes, that means there is a scientific benefit to spooning.

Better sleep, better sex. OK, so getting on the same sleep schedule isn't just about better relationship quality — it does have to do a little with sex, too. Couples who maintain similar sleep schedules are more likely to have regular sex than those who don't. Going to bed together allows for the spontaneous cuddling and touching that can lead to sex, not to mention bonds couples through physical intimacy.

This may be easier said than done. Just because you're a night owl doesn't mean your partner will be, and Circadian preferences can be difficult to change. However it's not impossible, and it's probably worth a shot — especially in the new year. People who get better sleep are actually better at keeping their New Year's resolutions, one study found.

Just one more reason to vow to do more snuggling and more sleeping together in the new year. And maybe, just maybe, get some ear plugs for when your partner insists on staying up watching whatever terrible TV show they love while you're drifting off to sleep.