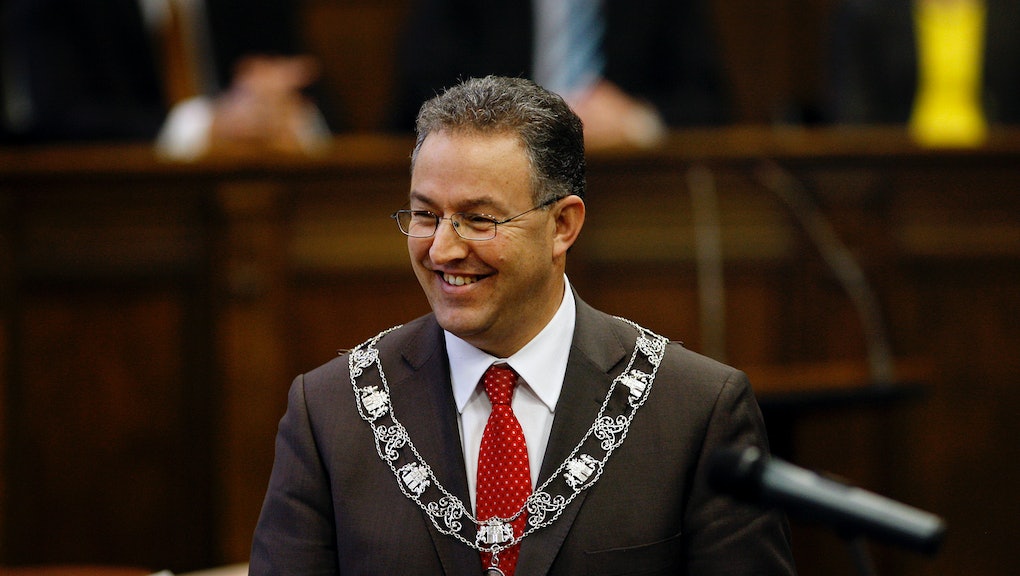 Sometimes there aren't diplomatic ways to say what you're thinking.

Just ask Ahmed Aboutaleb, the Muslim mayor of the Dutch city of Rotterdam, who this week told Islamic extremists to politely "fuck off."

The condemnation came about during an interview on current affairs program NewsHour about the terrorists who live in the West who "turn against freedom." Aboutaleb's passionate rant was in response to last week's barbaric attacks on the Charlie Hebdo headquarters in Paris, which was prompted by the satirical newspaper's mockery of Islamic prophet Muhammad among other religious and political institutions.

In contrast to the authoritarian regimes that often inhibit free speech in other regions of the world, Aboutaleb argued that the freedom of expression so central to Western civil societies should be celebrated, not condemned.

"This is so backwards, so incomprehensible, go away if you can't find your place in the Netherlands, or accept the society we want to build here, because we only want people, including all those Muslims, and all those well-intentioned Muslims, who may be looked at with suspicion, we want to keep all those people together in what I call the 'We Society,'" said Aboutaleb.

And that's what led to the mic drop: "And if you don't like it here because you don't like the humorists who make a little newspaper — if I may dare say so — just fuck off," he exclaimed.

There is some discussion on the Internet if the Dutch phrase he used, "rot op," is truly equivalent to the F-bomb English-language media have run with. According to some, that phrase is more closely translated to "get lost."

But regardless of Aboutaleb's word choice, his message to religious extremists was clear: If you don't want to participate in the project of civil society, just get lost and leave the rest of us alone.