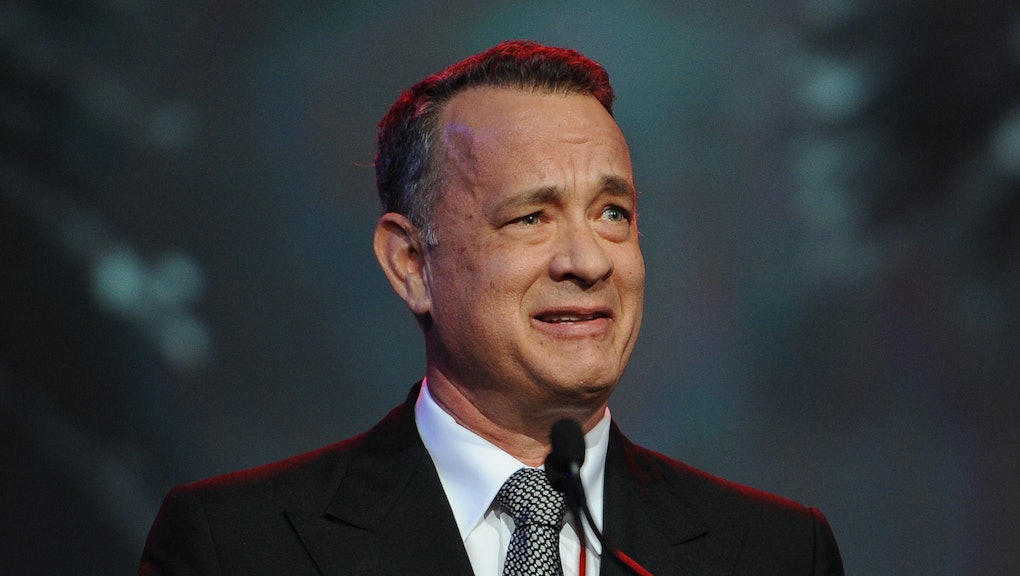 "That place made me what I am today."

That's what Tom Hanks says about his two years at Chabot Community College. His New York Times op-ed came out Wednesday, less than a week after President Barack Obama announced a historic plan to make community college free for all Americans. The Oscar-winning actor and celebrated director fondly reminisces about his decision to attend community college because "it accepted everyone and was free."

Hanks recalls his vibrant mix of classmates, including "veterans back from Vietnam, women of every marital and maternal status returning to school [and] middle-aged men wanting to improve their employment prospects and paychecks."

Like every college student, his two years were a mixed bag of classes. There were some he loved ("oral interpretation"), others he hated ("health, a requirement") and, not surprisingly, a class he glided by in ("film as art"). Regardless, there was a major upside for Hanks: The classes were "all free, but for the effort and the cost of used textbooks."

The most memorable class was public speaking because "the assignments forced us to get over our self-consciousness." Oh, and there was a flight attendant in the class that he fell head over heels for. "Community with her, one on one, was the antithesis of public speaking," he snarked.

"I produced the HBO mini-series 'John Adams' with an outline format I learned from a pipe-smoking historian, James Coovelis, whose lectures were riveting," recalls Hanks. "Mary Lou Fitzgerald's Studies in Shakespeare taught me how the five-act structures of 'Richard III,' 'The Tempest' and 'Othello' focused their themes. In Herb Kennedy's Drama in Performance, I read plays like 'The Hot L Baltimore' and 'Desire Under the Elms,' then saw their productions. I got to see the plays he taught, through student rush tickets at the American Conservatory Theater in San Francisco and the Berkeley Repertory Theater. Those plays filled my head with expanded dreams. I got an 'A.'"

It wasn't without fun: "Of course, I goofed off between classes eating french fries and looking at girls; such are the pleasures, too, of schools that cost thousands of bucks a semester," he wrote.

Hanks thinks that the Republican-controlled Congress will take umbrage with the plan's $60 billion price tag, but he hopes the "idea sticks, because more veterans, from Iraq and Afghanistan this time, as well as another generation of mothers, single parents and workers who have been out of the job market need lower obstacles between now and the next chapter of their lives."

"Many lives will be changed," he says. And who knows? It might give the world the next Tom Hanks.