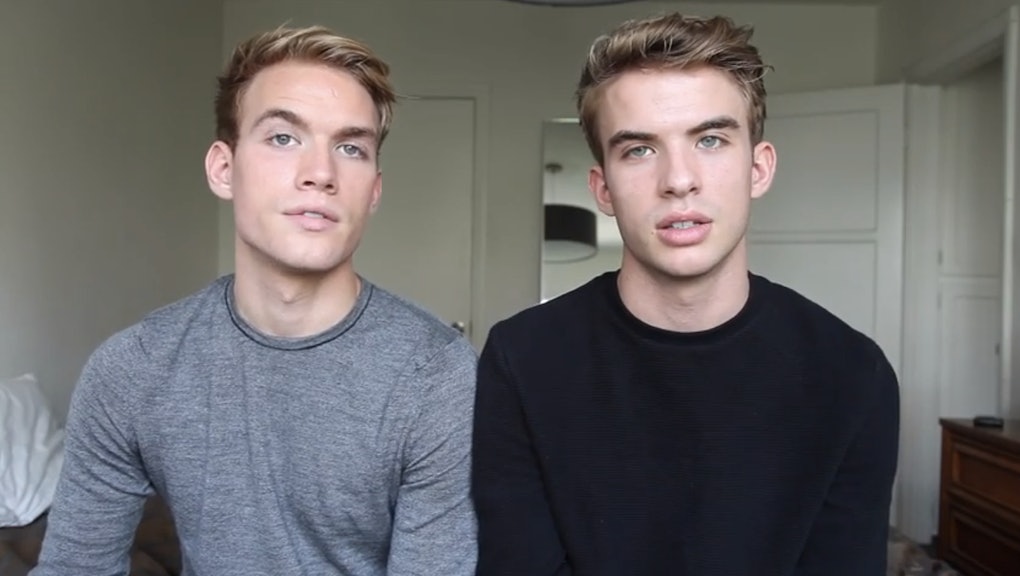 "I love you both. That'll never change."

Every child wants to hear this from their parents — especially when it's the moment after they come out as gay. In this case, the father of YouTube "stars" Aaron and Austin Rhodes, who bravely filmed their coming out announcement for the world to see, got to deliver the loving words twice in a row.

The brothers start their video by announcing their sexuality to their fans, but the twins still had one more person to tell: their father. So, what's a YouTuber to do? Film it! For the next eight minutes, the brothers videotape their heartfelt, tear-filled and poignant conversation with their dad.

There were tears and trepidation leading up to the big reveal: "I'm gay and Austin is too." Their father responded: "It's the way things are. ... I love you both. That'll never change."

In the end, everything turned out all right. "What we want our message to be moving forward from all of this, and with this video, [is] just to be yourself, whether that is that you're gay or bi or transgender. ... Do whatever makes you happy."

And if you're the parent of an LGBT teen, that task is equally simple: Just love your child, no matter what.