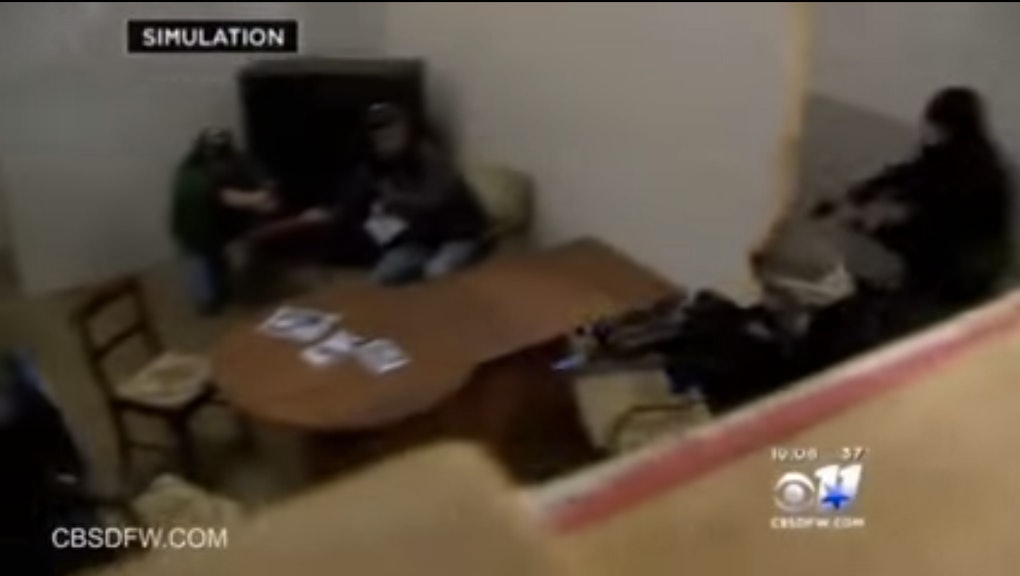 Could citizens bearing arms have prevented last week's attacks on Charlie Hebdo in Paris? Probably not.

In the aftermath of the terrorist attack in France last week, a gun rights group named The Truth About Guns wondered how the dynamics of the barbaric attack could have changed if one of the staffers were armed with a gun. The group decided to hold a bizarre (and tasteless) simulation of the shooting in Dallas on a set designed to resemble the offices of the satirical magazine, complete with printouts of the cover.

Fueled with freedom-inspired adrenaline, a dozen gun-owning volunteers pretended to be the staffers; two gunmen barged into the staged area and started shooting them with paintballs.

What happened: Time after time, they found that the "armed staffer" couldn't overpower the "terrorists." There were only two times in the scenario where the armed civilian shot dead just one of the terrorists, KTVT-TV reports. No one was able to kill both of the gunmen.

Despite fake-dying, that didn't seem to bother one of the volunteers. "[I] still got killed but did better than I thought I would," Parks Matthew told the CBS affiliate, adding that he wasn't deterred from shooting during an attack in the future. "If I'm in a movie theater and someone pulls a gun, what am I going to do? I know now I'm not gonna just fall on my kids and protect them, I need to advance on the threat," Matthews said.

Why it matters:  This simulation should cast a shadow on the frequent gun rights talking point "the only thing that stops a bad guy with a gun is a good guy with a gun" (a choice phrase of the National Rifle Association). A recent study from the FBI all but debunked that by examining 160 "active shooting" incidents and found that just 3% of them were halted by an armed civilian. In fact, shootings were four times more likely to be halted by unarmed civilians who restrained criminals until professionally trained shooters, like police officers, arrived on the scene.

But the failed simulations don't seem to deter The Truth About Guns' belief that more guns could have changed the outcome of the surprise attack, concluding that "more than just one good guy with a gun would likely have been needed to save lives."