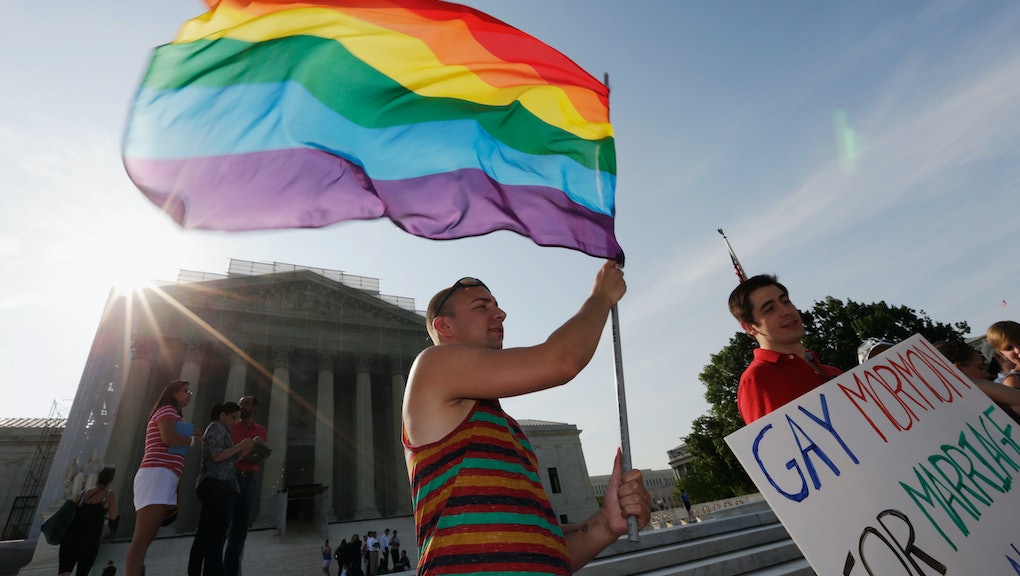 The U.S. Supreme Court has agreed to hear four cases challenging state bans on same-sex marriage. If the court rules in favor of a nationwide right to marry, the justices would effectively end the decades-long legal debate and allow gay couples to wed in all 50 states.

While the court had previously expressed a desire to leave the decision to voters and state legislators, it was compelled to take these cases when the federal 6th Circuit Court of Appeals upheld marriage restrictions in Kentucky, Ohio, Michigan and Tennessee. That ruling clashed with other federal appeals courts' decisions, setting the table for a constitutional showdown.

"The pace of change on same-sex marriage, in both popular opinion and in the courts, has no parallel in the nation's history," the New York Times' Adam Liptak wrote.

Read the court's announcement below:

The Supreme Court memorably acted in favor of marriage equality in two landmark cases in summer 2013 when it struck down the Defense of Marriage Act, which had been preventing same-sex couples from receiving federal benefits since being signed by President Bill Clinton in 1996, and allowed a lower court's decision invalidating California's Prop 8 ban to stand.

In that first case, U.S. v. Windsor, a five-justice majority agreed that DOMA "degraded" and "demeaned" same-sex couples. It is widely expected that the same coalition will join together again to overrule the 6th Circuit.

BuzzFeed broke down the central issues now the court has decided to rule on:

1) "Does the Fourteenth Amendment require a state to license a marriage between two people of the same sex?"

Same-sex marriage is legal today in 35 states and Washington D.C. The New York Times reports that 70% of Americans now live in jurisdictions with same-sex marriage on the books. A CNN/ORC poll released Thursday found that 57% of respondents believed those rights were protected by the Constitution. That's up from just 44% in 2008.

The Supreme Court will hear the pivotal four cases during its upcoming session. A decision is expected in June.