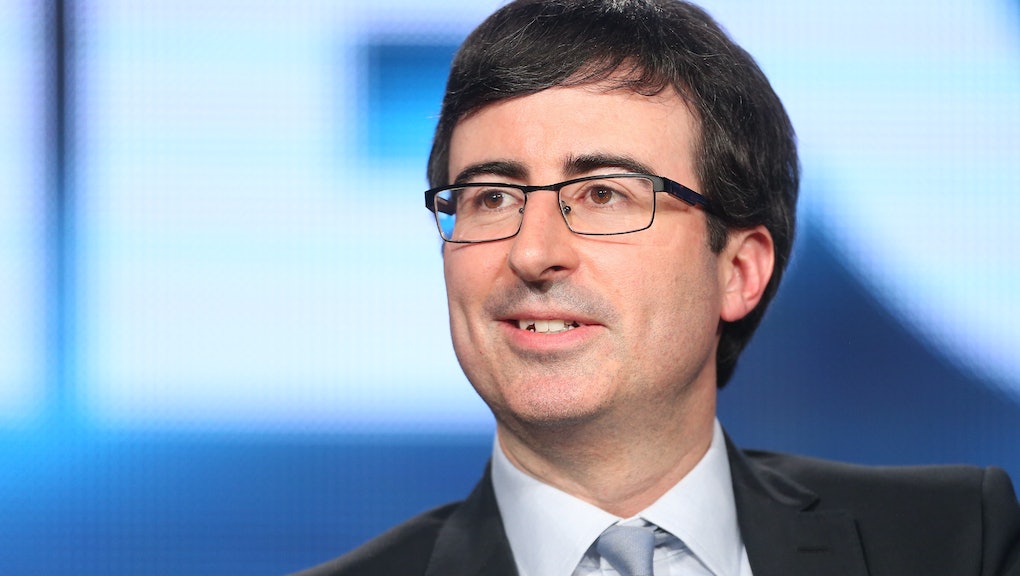 Thanks to John Oliver, Washington Just Introduced a Bill No Other State Has

He's warned us about the tyranny of pumpkin spice, demolished the myth of class mobility and spoke the truth about New Years' Eve. But if all that wasn't enough, you can now thank John Oliver for changing our politics for the better.

The Stranger reports that Washington state Sen. Cyrus Habib has authored a bill inspired by the comedian. SB 5267 would allow citizens to comment on pending legislation over the Internet rather than in-person at the state Capitol. Current procedures require people seeking to testify before the legislature to travel to Olympia, Washington, and talk before the legislature. Under Habib's bill, anyone would be able to record a video on a Web service like YouTube and broadcast it to lawmakers using TVW, the state's local equivalent of C-SPAN. Crucially, it has bipartisan support.

The background: The bill was inspired by a 2014 segment from Last Week Tonight, an amazing piece of work in which Oliver rallied enough people to comment on the Federal Communications Commission's net neutrality plan that it crashed their servers:

In the clip, Oliver exposed how the FCC was running roughshod over net neutrality, the long-standing principle that all ISPs should treat customer traffic identically and prevents "fast lanes" that prioritize higher-paying customers. Rather than uphold net neutrality, the FCC has proposed a hybrid approach critics say would allow fast lanes and enable ISPs to effectively slow competitors' content.

Oliver's input came when the FCC was seeking public commentary on its proposed net neutrality regulations, helping turn an issue the comedian admitted "sounds boring even by C-SPAN standards" into a major PR disaster for the FCC. Perhaps as a direct consequence of Oliver's segment, the FCC received millions of comments, the majority of them critical of its corporation-friendly plans.

Unpopular FCC commissioner Tom Wheeler has since indicated that he will back the Obama administration's much better plan to reclassify the Internet like a utility under the FCC's Title II authority. Judging from publicly revealed emails published by the Verge, Oliver's segment even garnered a favorable reception within the FCC itself.

Why you should care: Habib is apparently hoping that some of that Oliver magic can rub off on the state government. "It's hard to get even five ordinary people — not paid lobbyists — to come down [to Olympia] and testify," he told the Stranger.

Instead, Washingtonians will now be able to record a video and broadcast it directly over the Internet to the legislators in charge of formulating the state's laws. It's also a great way to ensure a greater diversity of opinion is heard before critical votes. The elderly, the disabled, distant and those too busy working or studying to come to the Capitol will have an easier time being heard.

By using his platform to encourage public comment, Oliver convinced hundreds of thousands of people to pay attention to their government. Most importantly, he did it all via the Internet, demonstrating its power to drive public discourse and why it's so critical to preserve in the first place.